SEOUL, Dec. 19 (Yonhap) -- When South Korean pitcher Kim Kwang-hyun was finalizing a deal with the St. Louis Cardinals this week, he spoke to a countryman who could offer him tips on everything from playing for the proud franchise to living in the Midwestern city.

During his introductory press conference in St. Louis on Tuesday (local time), Kim said former Cardinals closer Oh Seung-hwan told him that this was the best big league team he'd played for. Kim also said he would try to pick Oh's brain about playing for the team that Kim called, "the most prestigious club in the National League." 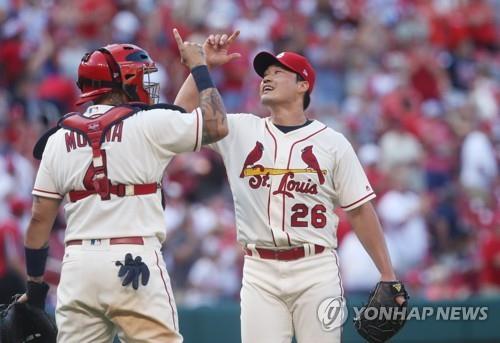 But Oh said Thursday he doesn't have much advice for Kim, since the left-hander is already one of the country's top pitchers.

"Kim has a lot of talent and a strong work ethic," Oh said. "We won't have to worry about him."

Oh offered to do one thing for Kim -- reach out to the veteran Cardinals catcher, Yadier Molina.

"I'll get in touch with Molina and tell him what a great pitcher Kwang-hyun is," Oh added.

Molina, a nine-time Gold Glover on his way to the Hall of Fame, caught Oh's first major league save in 2016. The batterymates developed their own routine to celebrate each save, beginning with a low-five and ending with both of them pointing to the sky. 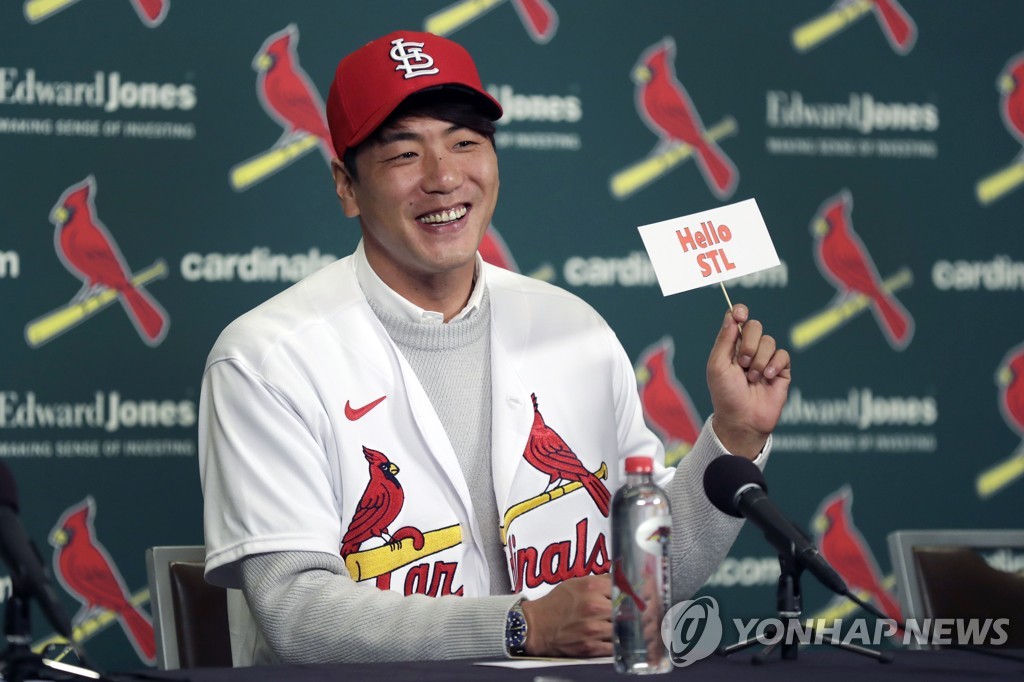 Oh's agent, Kim Dong-wook, recalled that Oh enjoyed being in St. Louis for those two years, and he developed good rapport with his teammates, front office staff and media.

"Their front office is really supportive," Kim said. "St. Louis is a passionate baseball town and it's fun for players to be there. And if Kwang-hyun needs any help, he knows where to find me or Seung-hwan."