Hyundai Mobis plans to promote its fully autonomous M.Vision S concept and a hydrogen fuel cell electric system for hydrogen-powered vehicles at CES in Las Vegas, the company said in a statement. 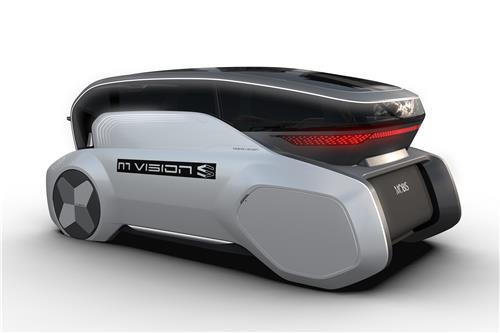 Hyundai Mobis has invested in overseas startups with advanced future mobility technologies as it seeks to take the lead in next-generation vehicles.

In September, the company said it will set up a US$4 billion joint venture with Ireland-based autonomous vehicle startup Aptiv next year to develop a self-driving platform.

Hyundai's decision to work with Aptiv to form the 50:50 joint company, to be headquartered in Boston, is in line with such broad efforts. It is the single biggest overseas investment Hyundai has ever made.

Hyundai and Aptiv will jointly develop a self-driving vehicle platform with Level 4 to 5 autonomous technology by 2022 and supply it to global carmakers.

Hyundai Mobis has been conducting a motorway test of Level 3 technology in its M.BILLY autonomous car since last year in South Korea, the U.S. and Europe. Since Level 3 cars are only good for limited self-driving, the driver must be available to take control of the car if the need arises.