Suh was to receive a briefing on this year's office operation and the business plan for next year during his trip, according to ministry spokesperson Lee Sang-min.

The visit comes at a time when tensions are high on the Korean Peninsula, with the North hinting at a possible launch of a long-range missile.

Amid little progress in the North's nuclear negotiations with the United States, no meeting has been held between the co-heads of the liaison office -- one from each side -- since the collapse of the February summit between U.S. President Donald Trump and North Korean leader Kim Jong-un.

The liaison office was launched in September last year to support exchanges and cooperation between the two Koreas following the summit agreement between their leaders in April last year. But various cross-border projects have remained stalled in the face of renewed tensions between Washington and Pyongyang. 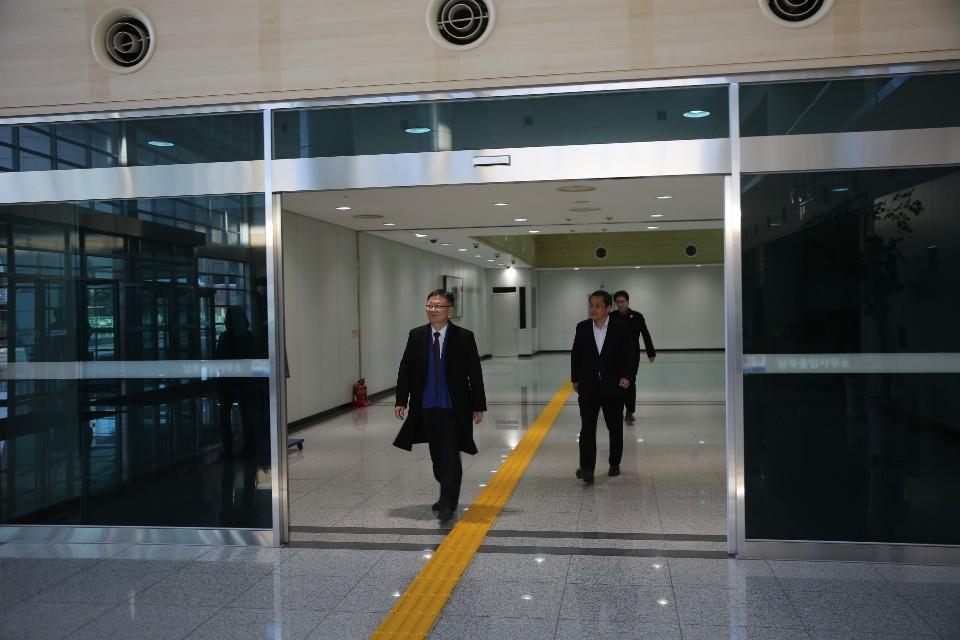