The Moon-Xi summit, scheduled for Monday in Beijing, comes as North Korea has been pressing the United States to put forward concessions in their stalled nuclear talks by the end of this year.

"The two leaders plan to discuss ways to develop the Korea-China relations and promote bilateral cooperation and hold in-depth exchanges of views about the situations on the Korean Peninsula," Cheong Wa Dae's deputy spokesman, Han Jung-woo, told a press briefing.

After the meeting with Xi, Moon will visit the southwestern Chinese city of Chengdu on Monday and Tuesday to attend three-way summit talks with Chinese Premier Li Keqiang and Japanese Prime Minister Shinzo Abe.

Moon may call on China, North Korea's only remaining ally and economic lifeline, to play a role in prodding the North to return to the negotiation table with the U.S. over its nuclear programs.

North Korea has threatened to take a "new way" if the U.S. does not provide concessions by the North's self-imposed year-end deadline.

Tensions on the Korean Peninsula are growing amid speculation that the North may conduct a long-range missile test as an unwanted "Christmas gift" for the U.S.

"We expect the two leaders to consult over the Korea peace process that the Korean government has pushed for," a presidential official said.

Moon also plans to hold a one-on-one meeting with the Chinese premier on Monday to discuss practical ways to bolster cooperation between the two nations.

"During the talks with Li, Moon plans to discuss practical ways to boost cooperation between the two nations and bilateral exchanges under the trilateral cooperation mechanism," the spokesman said.

"Through the meetings with Xi and Li, Moon will strengthen strategic communication with China's leadership and exchange opinions about ways to develop bilateral relations," he said.

On Tuesday, Moon will hold talks with Abe, the first summit in 15 months amid frosty ties over trade and history issues.

The move raises expectations for a possible breakthrough in efforts to address diplomatic tensions sparked by compensation issues over Japan's wartime forced labor and Tokyo's export curbs against Seoul. 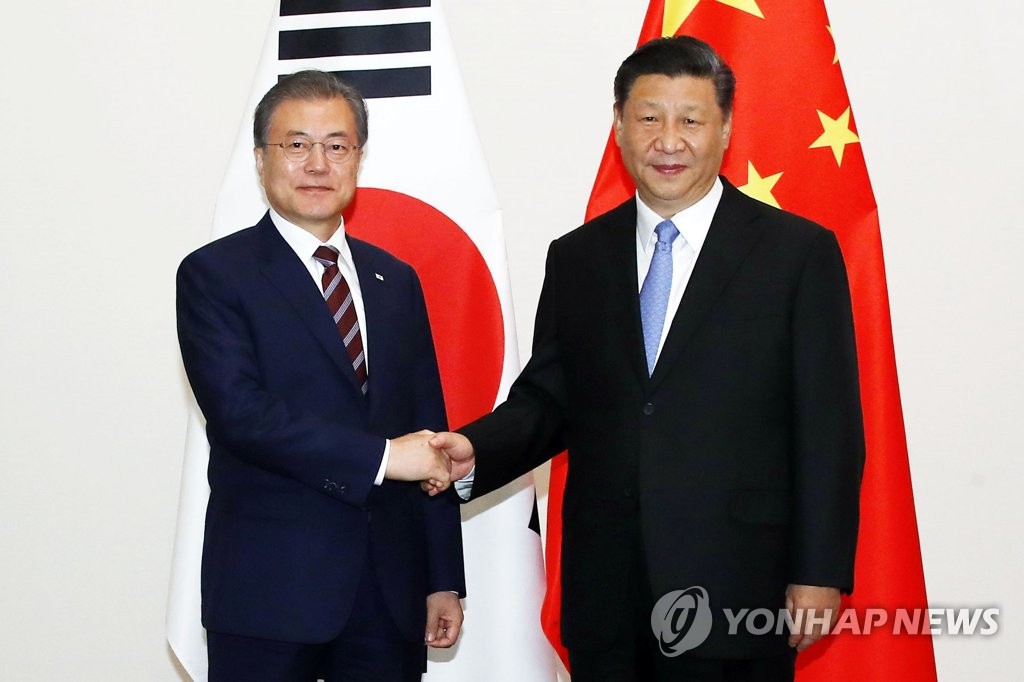