SEOUL, Dec. 20 (Yonhap) -- South Korea's producer prices continued to drop from a year earlier in November despite a sharp increase in the producer prices of agricultural products that had been blamed for record-low consumer price hikes, central bank data showed Friday.

The producer price index for all commodities came to 103.46 in the month, down 0.1 percent from the same month last year, according to preliminary data from the Bank of Korea (BOK).

The latest reading marks the fifth consecutive month of on-year drop, while the index also marked a 0.1 percent drop from revised 103.56 registered in October.

Producer prices are a key barometer of future inflation. 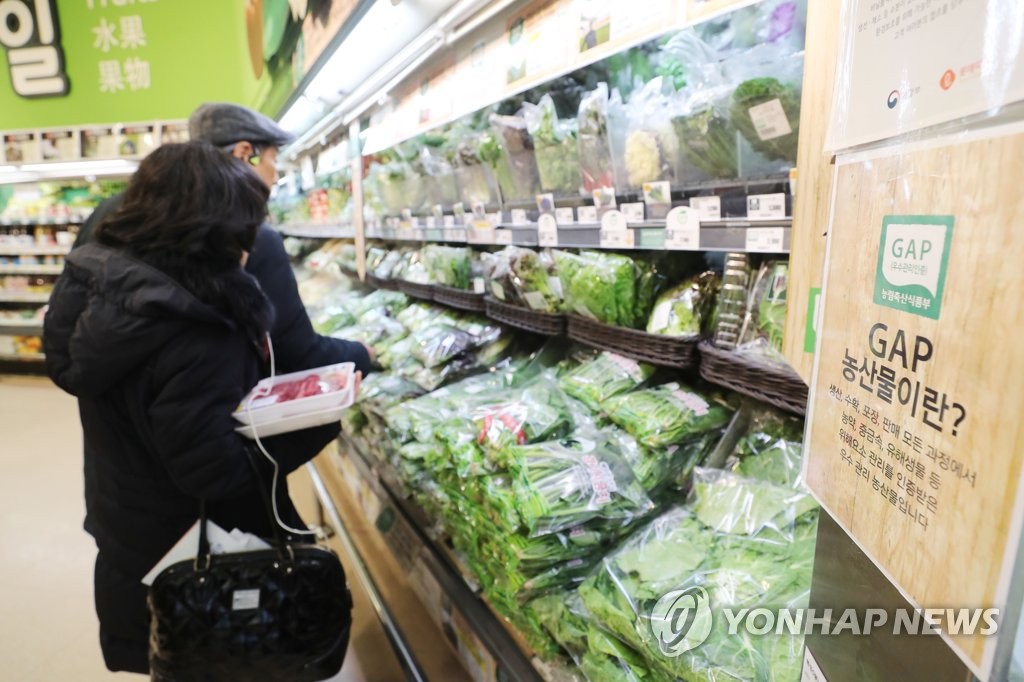 The price index for farmed goods, including forestry and fishery products, jumped 1.0 percent from a year earlier to 113.39, ending a 10-month streak of on-year drops.

The central bank had largely blamed cuts in prices of agricultural products for record-low increases in consumer prices, which in September dipped to negative 0.4 percent, the first-ever negative on-year growth since 1965 when the country began compiling such data.

The government earlier said consumer prices rose 0.2 percent in November, marking the first positive growth in four months. They had stayed flat in August and October.

Despite the recovery in prices of agricultural products last month, the price index of all commodities fell as the prices of industrial goods continued to drop for a seventh consecutive month.

The producer price index for manufactured goods came to 101.96 last month, down 1.4 percent from the same month last year. It also dropped 0.2 percent from revised 102.18 in October.