KT said it joined hands with Taiwan's Ubitus Inc. to set up a 5G game streaming platform. Ubitus is known for providing the clouding technology to play Nintendo Switch games via streaming. 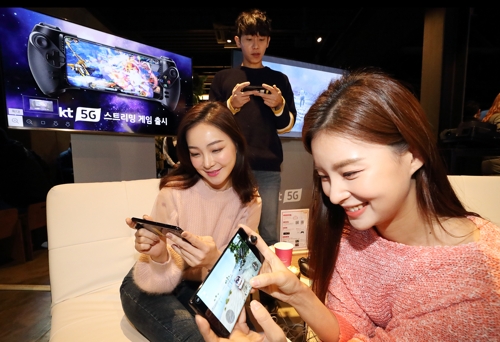 KT's service will be offered a subscription basis, meaning users have unlimited access to some 100 game content, including popular games like Metro 2033 Redux and King of Fighters XIII.

KT said its 5G game streaming service will be officially launched in March after a two-month free service period.

With high-speed, low-latency 5G network, streaming service will be popular in the gaming industry in addition to music and movies. According to market researcher IHS Markit, the global cloud gaming industry is expected to reach US$2.5 billion in 2023 from $387 million in 2018.