SEOUL, Dec. 20 (Yonhap) -- Chinese telecommunications behemoth Huawei Technologies Co. on Friday vowed to beef up its business in South Korea by increasing the purchase of parts for its network equipment and smartphones amid continued U.S. sanctions.

The Chinese tech firm, the No. 1 telecom gear maker and the No. 2 mobile phone manufacturer in the world, said its product purchases in South Korea are expected to surpass 13 trillion won (US$11.1 billion) this year, slightly up from last year's $10.6 billion.

"As (the) U.S. (is) getting close-minded, I believe this is an opportunity for other countries such as South Korea," Song said at a press meeting in Seoul. "In 2020, we'll buy more Korean-made products and invest more in South Korea." 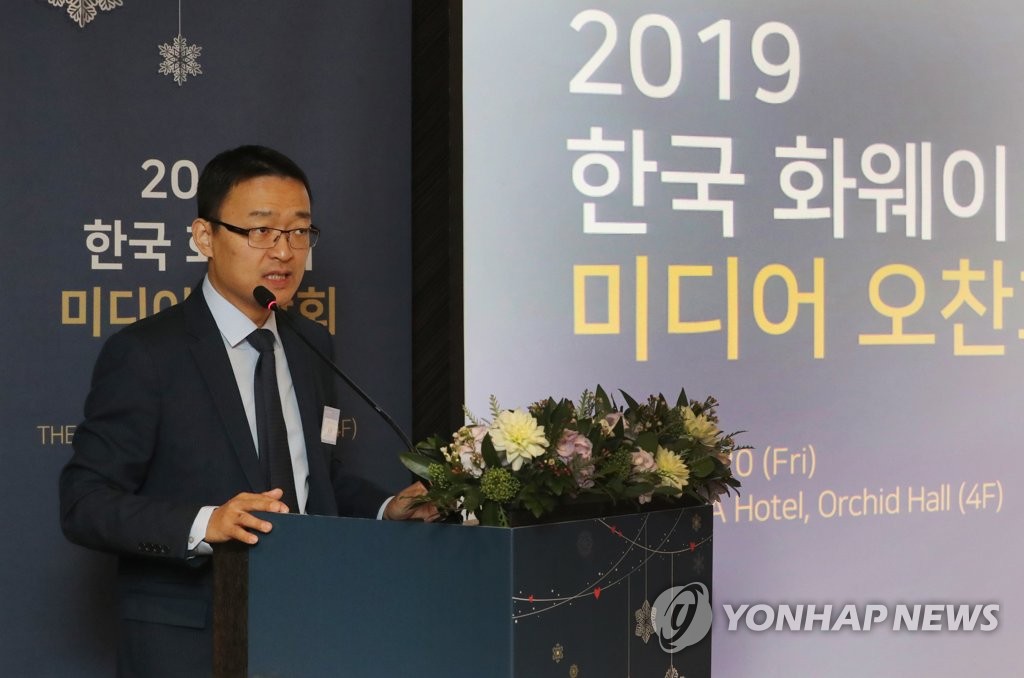 The United States has been prodding South Korea and other partner countries to stop using Huawei products on security grounds amid trade tensions with Beijing.

The U.S. also imposed a ban against Huawei that prevents the Chinese firm from buying American-made parts, such as chips and software. But such sanctions made Huawei increasingly turn its eyes to non-American vendors including South Korea.

"Huawei is trying to establish its own global supply chain, and South Korea plays an important role," he said.

Shawn Meng, who heads the Korean unit of Huawei, said South Korea is an important customer and partner for Huawei.

"South Korean customers are one of the toughest customers that demands high-quality standards," Meng said. "But this makes us to make better products and develop advanced technologies." 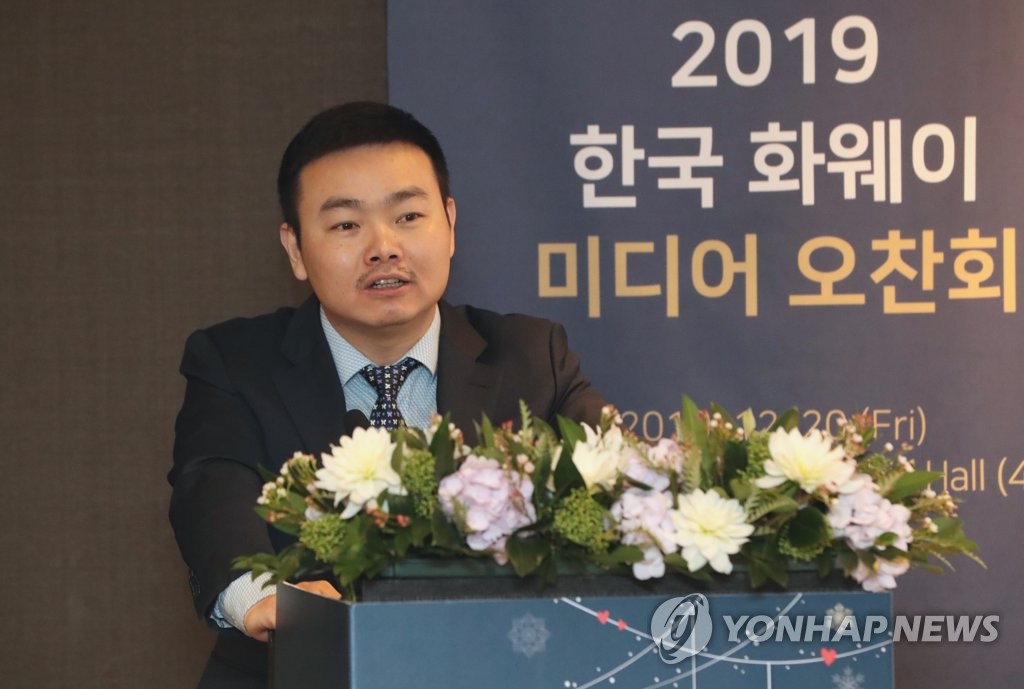 Huawei, which established its Korean unit in 2007, has been aggressively trying to expand its presence in South Korea in recent years in line with the boom in 5G networks.

Along with South Korea's No. 3 carrier LG Uplus Corp., Huawei said it has so far established 18,000 5G base stations across the country. The firm, however, has yet to reach a 5G equipment deal with SK Telecom Co. or KT Corp., the country's top two mobile carriers.

The company also opened its 5G lab in South Korea in May, which allows local companies and other business partners to test their technologies and equipment in 5G networks to facilitate collaboration.

Huawei said its plan to set up a R&D center in South Korea is still on the table.

"There are still things that we have to consider, but we have a strong will to establish a R&D center here," Meng said.