SEOUL, Dec. 20 (Yonhap) -- South Korean free agent shortstop Oh Ji-hwan will be returning to his original club after all, following criticism of unreasonable demands at the negotiating table.

The LG Twins of the Korea Baseball Organization (KBO) announced on Friday that Oh has agreed to a four-year deal worth 4 billion won (US$3.4 million). The deal includes a signing bonus of 1.6 billion won, and the 29-year-old will be making 600 million won in annual salary.

Oh was drafted by the Twins out of high school in 2009 and has spent his entire 11-year career with the Seoul-based club.

Earlier in free agency, Oh sought a six-year deal from the Twins. But when details of his demands were leaked, Oh faced flak from Twins' fans for being greedy.

Then on Dec. 5, Oh's agent told the Twins that the player would accept whatever the team gave him. The Twins then decided to hand Oh the second-largest contract for a shortstop in league history, behind only a four-year, 5 billion-won deal signed by Kim Jae-ho with the Doosan Bears before the 2017 season. 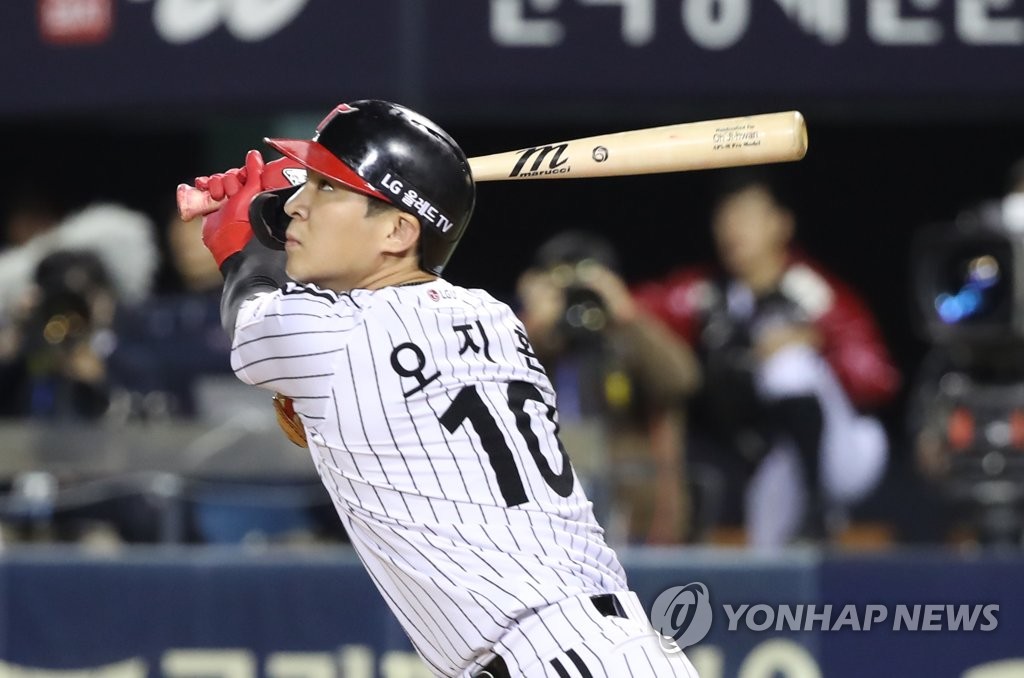 "I am really happy to be back in our pinstripes," Oh said in a statement released by the Twins. "Since Day 1, I've never once thought about playing for anyone else. I want to thank our fans for their support, and I'll try to be a team-first guy all the time."

Oh has a reputation for botching routine plays on the field, though advanced fielding metrics rated him as the best defensive shortstop in the KBO. He led every KBO player in his position with 1.33 in defensive wins above replacement (dWAR), according to the statistics site Statiz.