(ATTN: UPDATES with Sung's meeting with his Japanese counterpart in 18th para)
By Kang Yoon-seung

Their agreement came as China is embroiled in a yearlong trade row with the United States. 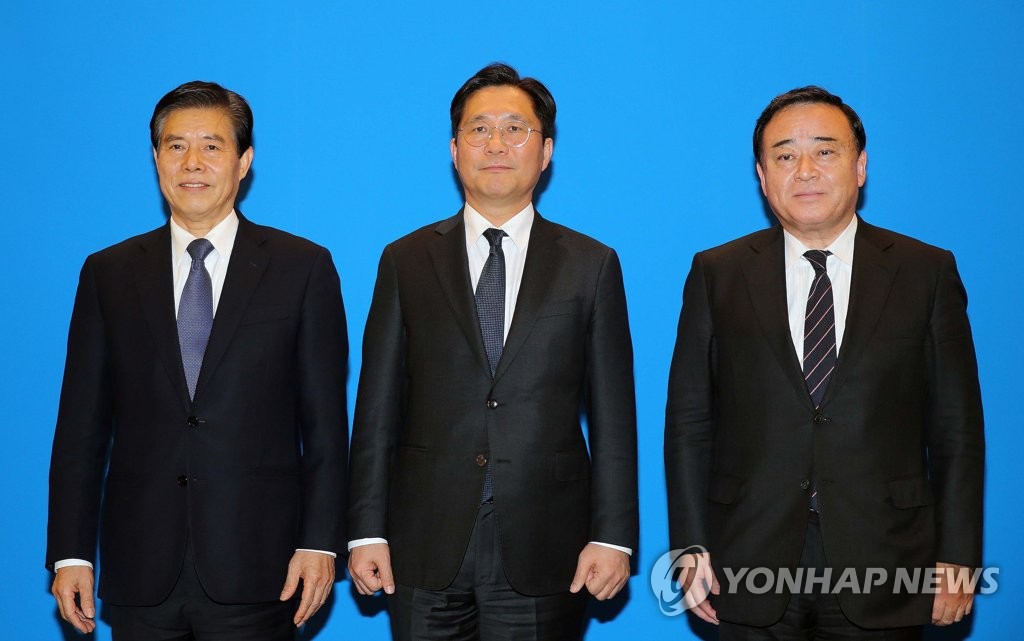 Sunday's meeting also marks the first gathering of the trade ministers of the three neighbors since Tokyo implemented unprecedented restrictions on exports of industrial materials to its Asian neighbor in July.

The meeting in Beijing also came ahead of the three countries' summit slated for this week in the southwestern Chinese city of Chengdu.

During the meeting, Seoul, Beijing and Tokyo agreed to accelerate their talks to conclude a comprehensive, high-level FTA next year to promote deeper economic ties. The first official negotiations for the trilateral FTA started in 2013.

They also agreed to spare no efforts to successfully conclude the mega Asia-Pacific trade pact, known as the Regional Comprehensive Economic Partnership (RCEP).

Members of the Association of Southeast Asian Nations (ASEAN) and its dialogue partners -- South Korea, China, Japan, Australia and New Zealand -- effectively reached an agreement on RCEP in November this year.

The RCEP, the biggest trade deal ever signed by South Korea, is expected to help Asia's No. 4 economy diversify its export portfolio amid growing protectionism around the globe, including the tension between the United States and China.

Sung held a bilateral meeting with his Chinese counterpart at which the two agreed to expand cooperation in the service and investment segments as well. China is South Korea's largest trading partner. 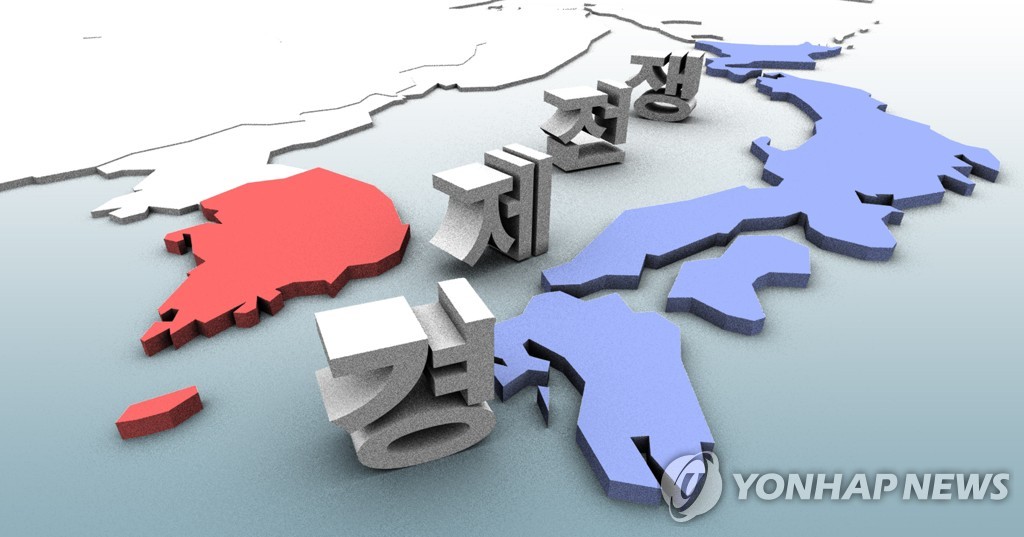 The trilateral meeting of trade ministers from the neighboring countries came as economic ties between Seoul and Tokyo have been facing an unprecedented deadlock since Japan imposed restrictions on exports to Seoul of three key industrial materials critical for South Korea's chip and display industries. Japan later removed Seoul from its list of trusted trading partners.

South Korea, which filed a complaint with the World Trade Organization (WTO) on the issue, believes Japan's actions were politically motivated and came in response to the country's court rulings ordering Japanese firms to provide compensation for victims of forced labor during Japan's 1910-45 colonial rule.

Japan's export curbs have not yet had a significant impact on Asia's No. 4 economy, but the tensions have nevertheless caused major uncertainty for South Korea's tech giants like Samsung and LG. Chips take up roughly 15 percent of the country's exports.

To seek a breakthrough, South Korea said last month that it will suspend the WTO action and conditionally put off the termination of the General Security of Military Information Agreement (GSOMIA) with Japan.

In response, Tokyo on Friday partially lifted curbs on exports to South Korea by easing restrictions on the shipment of photoresist, effective immediately.

Also Sunday, Sung met with Kajiyama for about 10 minutes at around 7:40 p.m., and the two apparently discussed ways to resolve the ongoing row. No details were given.

South Korean President Moon Jae-in will hold one-on-one talks with Japanese Prime Minister Shinzo Abe in China this week, and the two leaders are anticipated to make significant progress toward settling the dispute.