The three others will arrive around the first half of next year, though the schedule is subject to change. The exact timing of their official deployment for operations is not decided, and will not be officially disclosed to the public, an Air Force officer said.

Equipped with a state-of-the-art "multi-platform radar technology insertion program" ground surveillance radar sensor, Global Hawk can perform tasks to a range of up to 3,000 km and distinguish objects on the ground as small as 30 centimeters across, which is expected to enhance Seoul's reconnaissance capabilities in the face of persistent threats by North Korea as well as growing security challenges from neighboring countries, according to the officials.

The arrival came amid heightened tensions on the Korean Peninsula, as the year-end deadline North Korean leader Kim Jong-un set for Washington to present new proposals to move their stalled denuclearization talks forwards is drawing near. 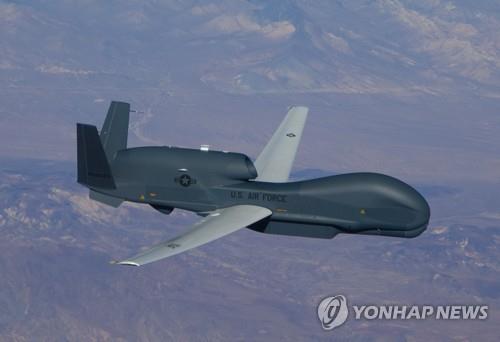