Gyeonggi Province's GRDP stood at 474 trillion won last year, with that for Seoul and South Chungcheong Province reaching 422 trillion won and 118 trillion won, respectively, according to the data released by Statistics Korea.

Seoul and its neighboring areas, including Gyeonggi and Incheon, accounted for 51.8 percent of Korea's GRDP in 2018, up 0.5 percentage point from a year ago, the data showed.

In terms of industrial sector, South Jeolla, South Chungcheong and North Gyeongsang provinces accounted for 44.5 percent of Korea's GRDP in the agricultural sector.

Gyeonggi, South Chungcheong and North Gyeongsang accounted for 53.9 percent of the mining and manufacturing sectors.

Areas with large concentrations of the population like Seoul, Gyeonggi and Busan were hubs for the service sector, as well as private consumption.

The per capita income was the highest for Seoul last year, which stood at 23.26 million won, followed by Ulsan with 21.67 million won. 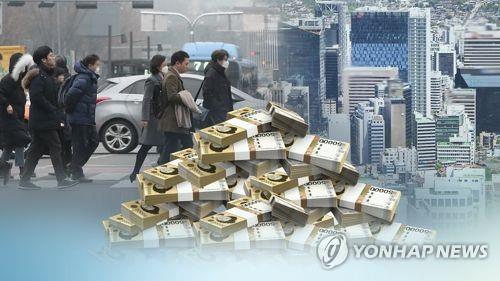