"The recent situations, in which dialogue between North Korea and the United States has been suspended and tensions on the Korean Peninsula are being heightened, are not beneficial to both of our countries and North Korea," Moon told Xi in front of pool reporters at the start of their summit in Beijing.

Moon took note of China's "important role" so far in efforts for the denuclearization of the Korean Peninsula and the establishment of peace. 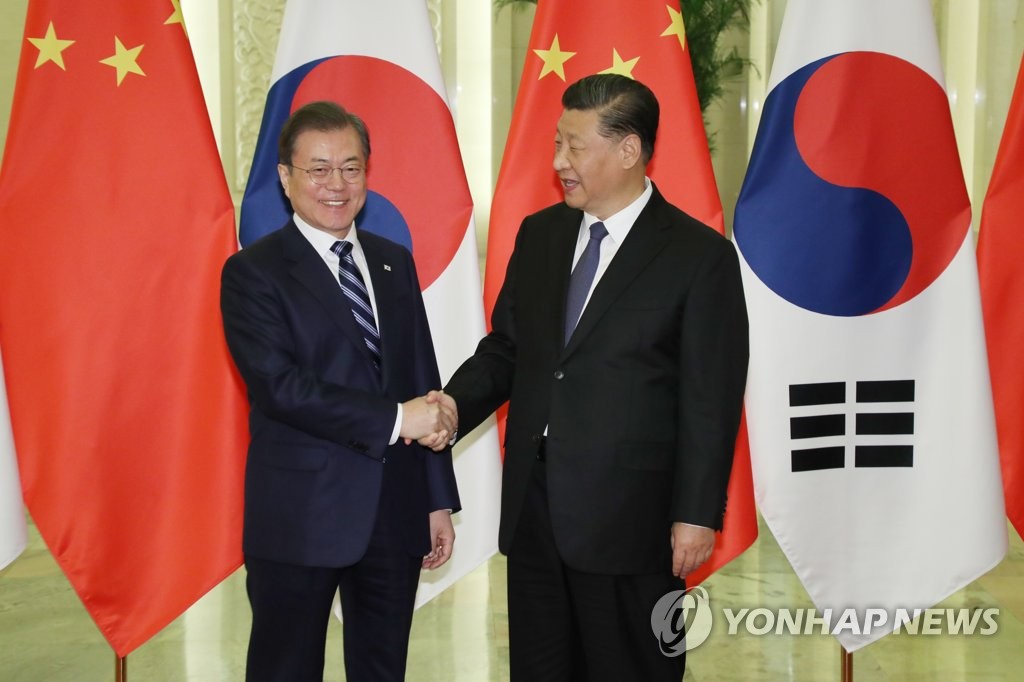 He expressed hope for close cooperation between Seoul and Pyongyang to seize a rare opportunity to bear fruit in the denuclearization process.

He added he's looking forward to meeting Xi again in South Korea in the near future.

Xi pointed out that China and South Korea are "influential" countries not just in Asia but also in the world.

"We have a wide range of common understanding in various fields, including on further developing bilateral relations, facilitating regional peace, stability and prosperity, and defending multilateralism and a free trade system," Xi said.

He added that the two sides should further strengthen their "strategic cooperative partnership."

It marked their first one-on-one talks in half a year following the previous session held in Osaka, Japan, on the sidelines of a Group of 20 meeting.

Moon to Xi: Tensions on Korean Peninsula not beneficial to China

Moon to Xi: Tensions on Korean Peninsula not beneficial to China