(ATTN: RECASTS throughout with opposition filibuster in paras 1-5; CHANGES headline)

Joo Ho-young, a four-term lawmaker of the Liberty Korea Party, began to filibuster at around 9:49 p.m., soon after Speaker Moon Hee-sang introduced the electoral reform bill for a parliamentary vote.

Earlier in the day, the ruling Democratic Party (DP), three minor parties and one splinter group reached a final agreement on the details of bills on new parliamentary election rules and overhauling the prosecution, following weeks of intense negotiations.

The National Assembly convened a plenary session in the evening to deal with those proposals amid fierce protests from the main opposition Liberty Korea Party (LKP). 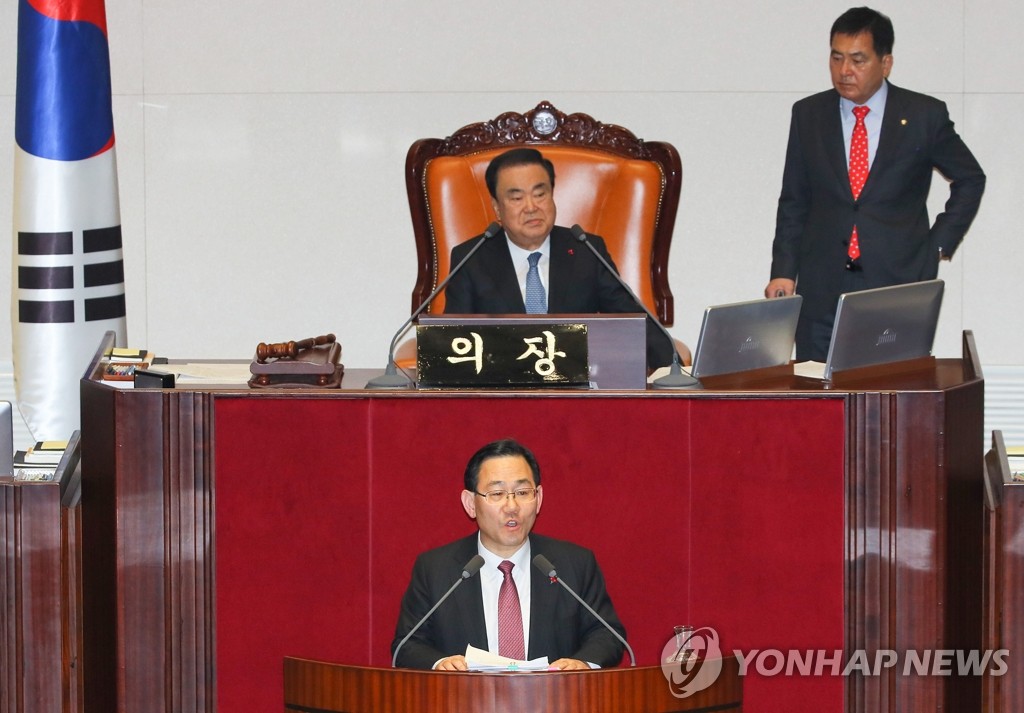 In April, the DP and the three small parties put the bills on a parliamentary fast-track, despite objections from the LKP. Since then, the National Assembly has been embroiled in partisan tensions over the fast-track designation.

A key bone of contention was how to introduce a mixed-member proportional (MMP) representation system ahead of the April 15 general elections.

Under the deal, the number of directly elected seats and proportional representation (PR) slots will be kept at 253 and 47, respectively, in the 300-member National Assembly.

In the MMP representation system, parliamentary seats are tied to the percentage of voters' support for political parties.

Monday's deal between the four sides did not include a contentious proposal to adopt a new election rule allowing a candidate to run for both a directly elected parliamentary seat and a PR slot.

The system permits a candidate who loses an election by a thin margin to get a PR seat. The three minor parties and one fringe group wanted the new rule, claiming that it will help root out regionalism.

But the DP opposed the proposal, voicing concerns that the system could be misused to ensure parliamentary seats for multiple-term lawmakers. 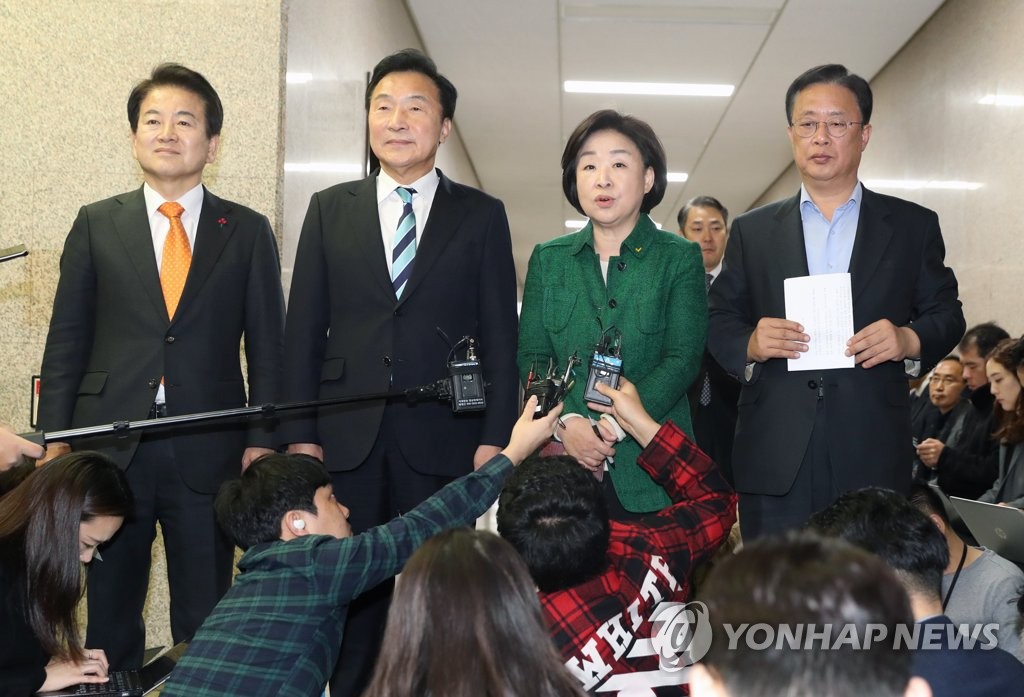 In April, the DP and the three minor parties -- the minor conservative Bareunmirae Party, the liberal Party for Democracy and Peace and the progressive Justice Party -- reached a tentative deal on electoral reform.

For the DP, it is politically burdensome to push for electoral reform without the participation of the LKP. But the governing party appears to have set the goal to cement cooperation with other minor parties.

The LKP called its rivals' agreement political collusion, vowing to deter the parliamentary passage of the measures.