Reports said Ryu has agreed to a four-year deal worth US$80 million with the lone Major League Baseball (MLB) team in Canada. The Blue Jays have not confirmed the deal. If it's finalized, he'll have the third-largest contract signed in the Jays' history, dating back to 1977. 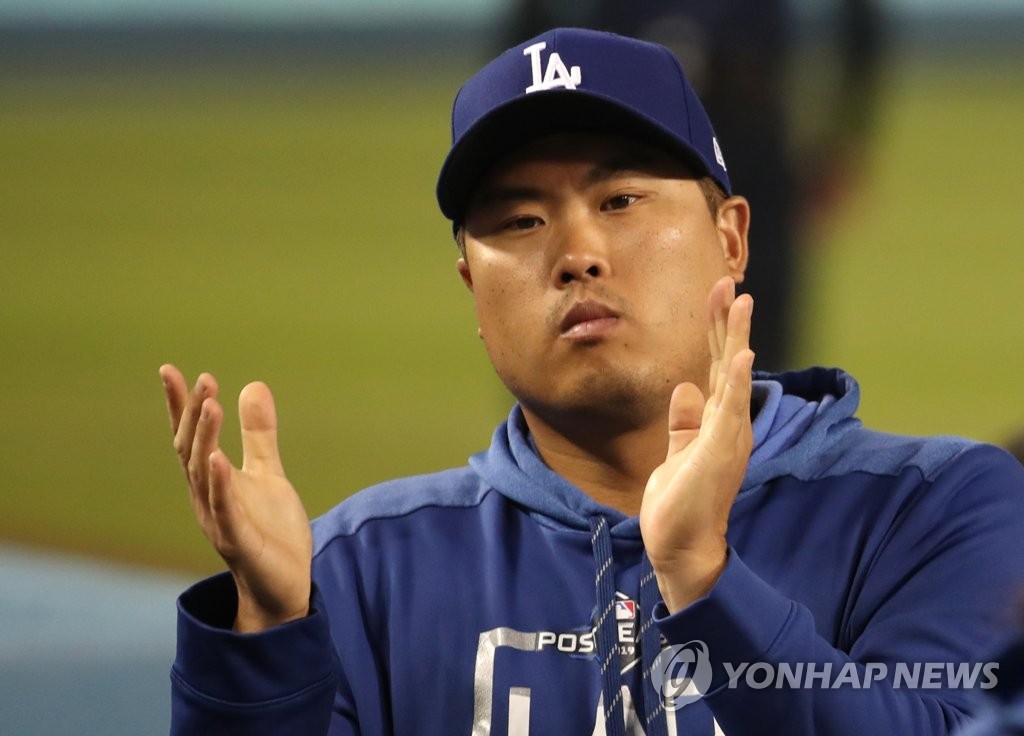 With that kind of financial commitment, Ryu will likely be on the mound for Opening Day next year, on March 26 against the Boston Red Sox, at Rogers Centre in Toronto. And Ryu does have credentials, too, having started on Opening Day for the Los Angeles Dodgers this year and having led all of MLB in 2019 with a 2.32 ERA. He was the runner-up in the National League Cy Young Award voting.

Ryu hit free agency after seven years with the Dodgers. He signed a six-year, $36 million deal in late 2012 with the LA club, and then after the 2018 season, he accepted a qualifying offer of $17.9 million rather than testing the open market. The gamble on himself apparently paid dividends in the form of the lucrative deal.

The Blue Jays came into the offseason in dire need of starting pitching. After trading away former franchise cornerstones Marcus Stroman and Aaron Sanchez, they didn't have any starter reach double figures in wins or post an ERA below 4.00 in a full season. Manager Charlie Montoyo often resorted to the "opener" strategy, letting a reliever pitch the first couple of innings of a game before a young and mostly unproven pitcher took over for the next few frames. 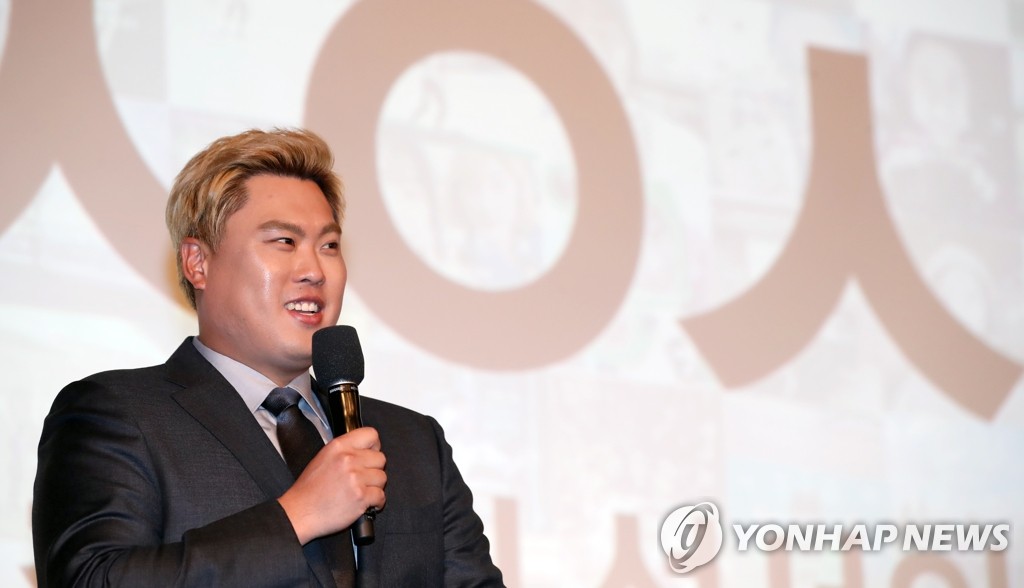 All of that adventure translated into a disappointing, 67-win season, a far cry from the team's back-to-back appearances in the American League Championship Series in 2015 and 2016.

The front office, with president Mark Shapiro and general manager Ross Atkins at the forefront, was under huge pressure to make a splash or two this winter to appease an increasingly apathetic fan base and stop the slide in attendance. The Jays went from third in MLB in home attendance in 2016 to 22nd this year.

The two front office executives, derisively called "Shatkins" by Toronto fans, faced particular criticism for their oft-empty corporate speak. At the start of this offseason, they spoke about having "financial flexibility" and claimed they were ready to take full advantage of that.

The Blue Jays reportedly went hard after free agent pitchers, such as Kyle Gibson, Zack Wheeler and Rick Porcello, but they all signed elsewhere, with Porcello taking less money to join the New York Mets. The Jays acquired Chase Anderson and Tanner Roark, two solid starters who could help the rotation but who didn't move the needle for the disgruntled fans. They also got Japanese star Shun Yamaguchi via posting, but the big right-hander may or may not be a starter right away.

And Ryu's signing, if confirmed, represents the big acquisition that the team had promised would come.

Assuming everyone's health, Ryu, Roark and Anderson should be the top three starters. Veteran Matt Shoemaker is a strong candidate to hold down the fourth spot: he was 3-0 with a 1.57 ERA in five starts before suffering a season-ending knee injury in April. 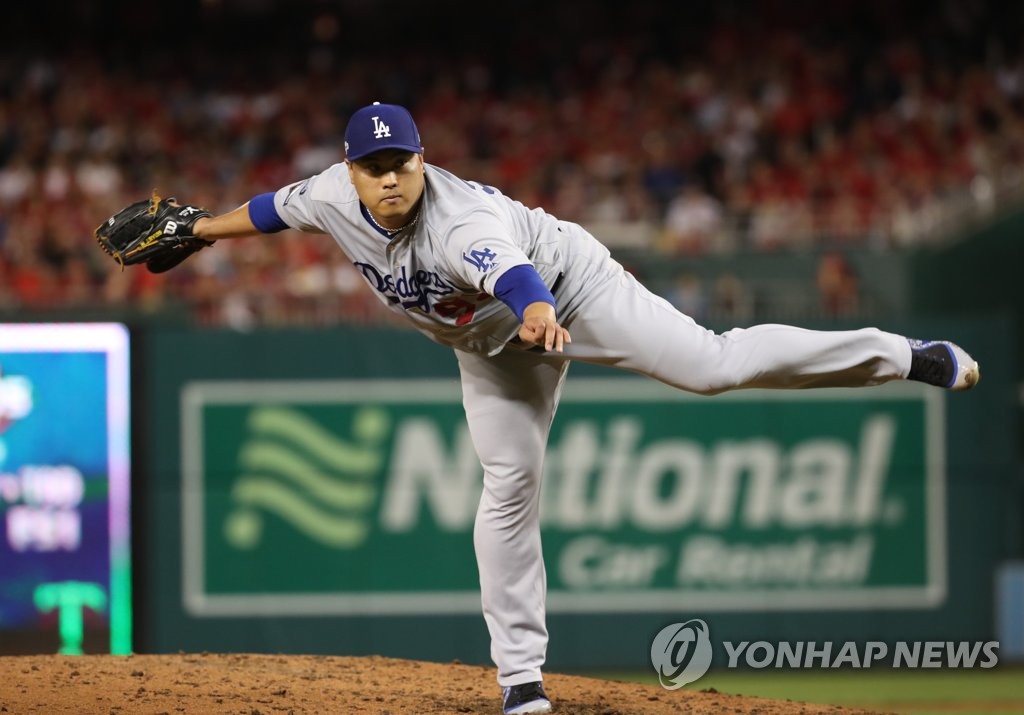 Left-hander Ryan Borucki, limited to just two starts in 2019 with shoulder issues after a promising 2018, will be in a battle for the fifth spot, along with two right-handers, Yamaguchi and Trent Thornton.

Given Ryu's age and his own history of injuries -- from shoulder and elbow to hip and groin -- the final year or two of that deal could look ugly. But the Jays will be banking on the first two years of the deal, during which time the club's young, talented core of position players will continue to grow.

That group features a trio of sons of former MLB stars: Vladimir Guerrero Jr., Bo Bichette and Cavan Biggio. All three made their big league debuts in 2019 and should assume more meaningful roles on the team going forward. Lourdes Gurriel Jr., son of a Cuban baseball legend Lourdes Gurriel, also made huge strides in 2019 after switching from second base to left field.

While playing with the up-and-comers could be fun for Ryu, facing the lethal lineups in the American League East won't be so for the pitcher.

The Jays will face the New York Yankees and the Boston Red Sox 19 times each in 2020. During interleague play, Ryu struggled against the Yankees, losing both of his starts and recording an 8.71 ERA. One of his worst outings in 2019 came against the Bronx Bombers in LA on Aug. 23, when he served up three home runs while allowing seven runs in 4 1/3 innings.

That was his first World Series start and could well be his only one if the Jays don't turn things around quickly.

The Yankees led MLB with 943 runs scored in 2019, and the Red Sox ranked fourth with 901 runs. They were also among the top five in baseball in on-base plus slugging percentage (OPS).

The Blue Jays were in the bottom third in MLB in both categories.