Ambassador Nam Gwan-pyo made the case as the two countries have been locked in a bitter row after Tokyo imposed export restrictions on Seoul in apparent protest at the top South Korean court's rulings that ordered Japanese firms to compensate Korean forced labor victims.

Seoul then almost pulled out of a bilateral military intelligence-sharing pact with Tokyo, but the termination was suspended at the last minute as the two sides agreed to resume trade talks to discuss the export curbs.

"We are watching the Japanese government and Prime Minister Shinzo Abe closely. But what we should pay more attention to is what the Japanese people think of South Korea," the ambassador told South Korean reporters visiting Tokyo on a media exchange program last Wednesday.

"There is anti-Korea sentiment (in Japan) and it is a major problem. It can be a big burden when we want to sort out the issue through politics, because politicians cannot act against how people feel about South Korea in general," he said. 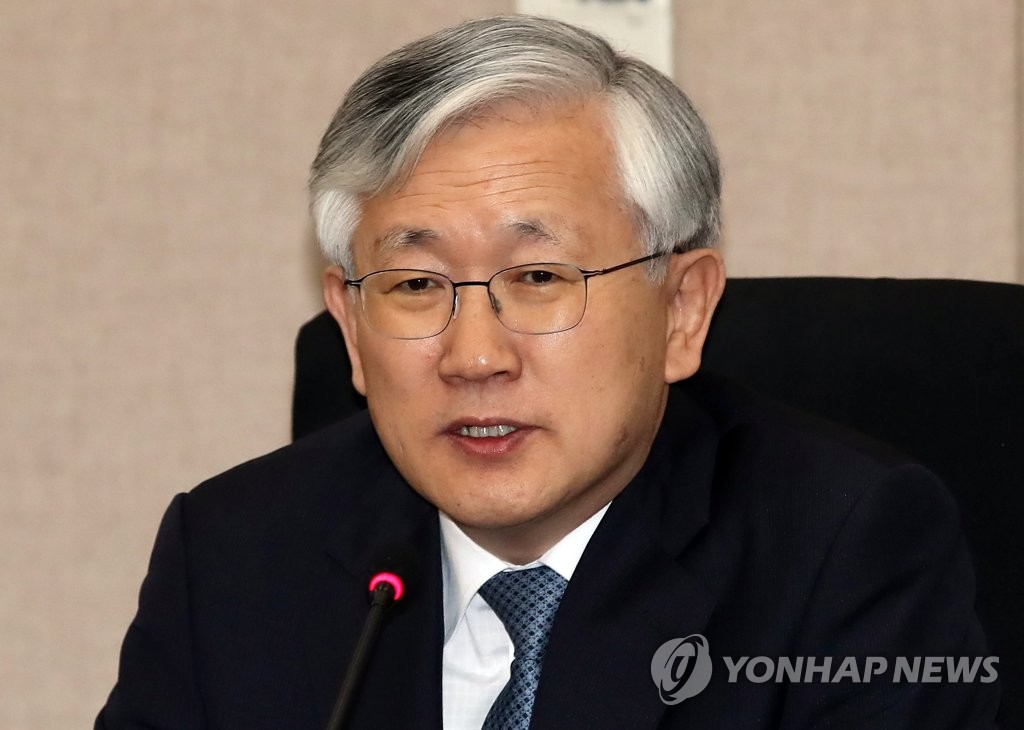 As part of efforts to improve the negative public perception, Nam pledged to bolster public diplomacy with an aim to "get deeper into every corner of Japanese society."

"First and foremost, we plan to launch many projects, through which we can create many messages for opinion leaders in Japan, like politicians, media personnel and experts," he said.

"Next year, we plan to have more people-to-people exchanges, such as of news reporters from the two countries. And we could get together and discuss security, the economy, culture and other fields in general so as to produce better ideas."

South Korea's foreign ministry has increased its 2020 budget for Japan-related projects more than fourfold to 5.1 billion won (US$4.38 million) to expand diplomatic outreach through foreign missions and more civilian exchanges.

"This will be the embassy's No. 1 priority goal for next year," he added.

On the planned summit talks between President Moon Jae-in and Abe, set for Tuesday, Nam expressed hope for "a positive message" from the two leaders.

"I heard that the latest (working-level trade) talks at the Ministry of Economy, Trade and Industry proceeded in a completely different atmosphere, and the mood is different from two months ago," he said.

"South Korea and Japan can be the best trading partners. We have so much to cooperate on in the future and we cannot miss any more time."