Kang and Motegi plan to hold talks on Tuesday before Moon and Abe hold a one-on-one summit in the afternoon, her ministry said in a release. These meetings will follow a trilateral summit with Chinese Premier Li Keqiang in the morning.

Seoul declared in August it would end a bilateral military intelligence-sharing pact with Tokyo but suspended the termination at the last minute as the two sides agreed to resume trade talks to discuss the export curbs.

On Friday, Tokyo announced an easing of restrictions on exports of photoresist, one of the three key industrial products subject to tighter control, in what appears to be a conciliatory gesture ahead of the bilateral summit in Chengdu.

Seoul said that while it represents partial progress, it is not a fundamental solution to the trade dispute.

Kang and Motegi last held talks in Madrid, Spain, on the sidelines of the Asia-Europe Meeting (ASEM) early last week. 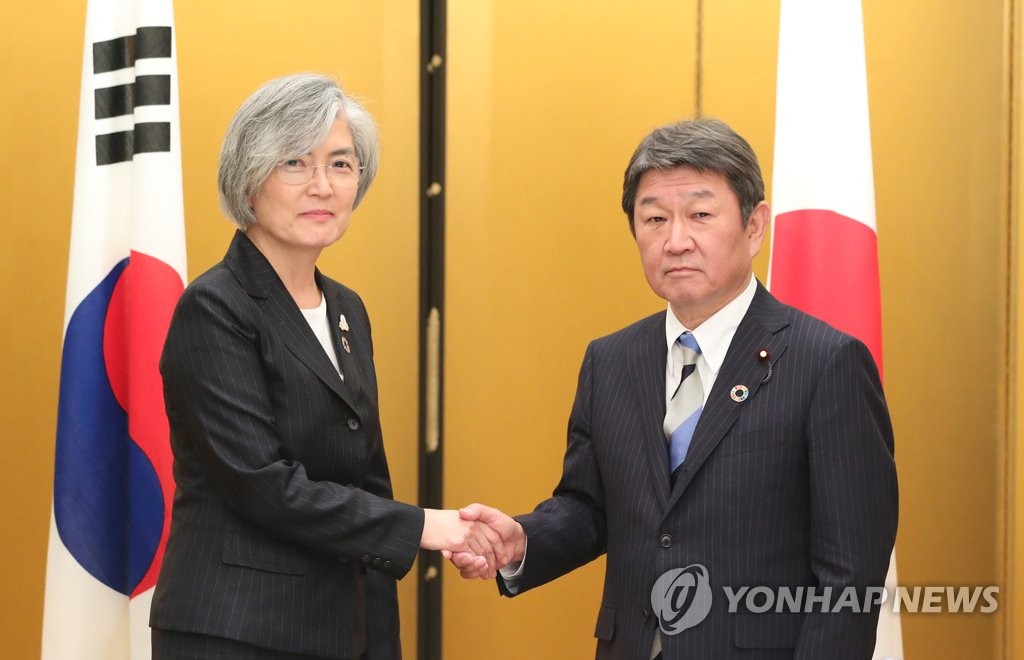