In a meeting with Chinese Premier Li Keqiang in Chengdu, Sichuan Province, President Moon Jae-in proposed the further strengthening of a systemic foundation for enhancing the level of economic cooperation via ongoing negotiations on the service and investment fields to expand the scope of the FTA that took effect in late 2015, according to Cheong Wa Dae. 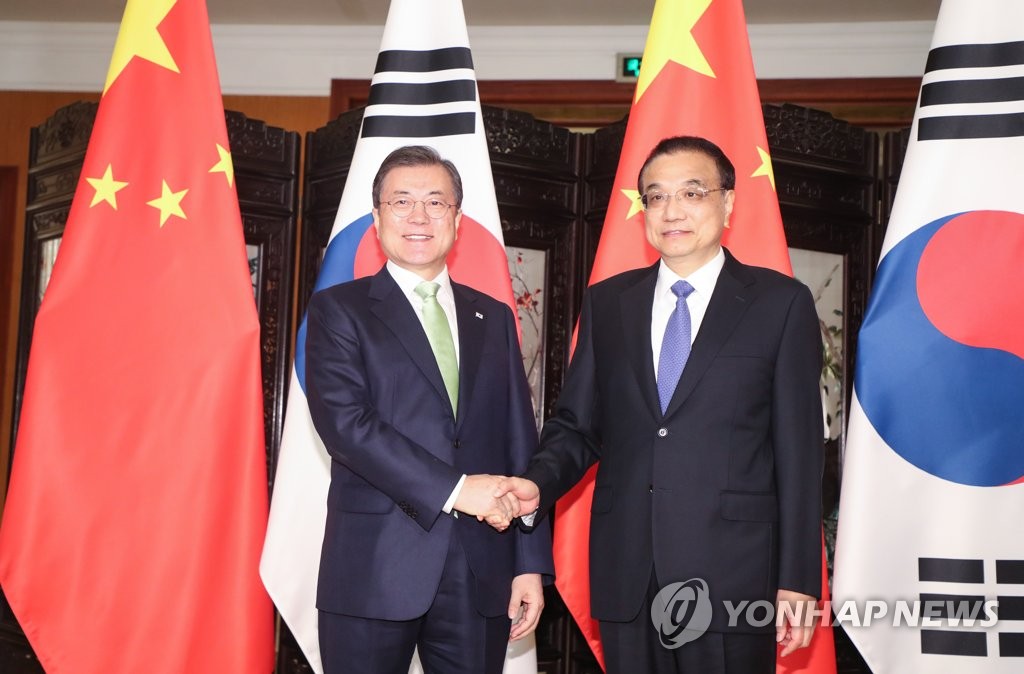 Moon also briefed Li on his government's efforts for the complete denuclearization of Korea and the establishment of permanent peace.

He stressed that it is more important for Seoul and Beijing to promote "strategic communication and cooperation" amid "severe" security conditions on the peninsula.

Li said China will continue communication and cooperation with South Korea for a peaceful resolution to the Korean Peninsula issue.

He also agreed to speed up the FTA-related talks.

He noted that brisk exchange and cooperation between China and South Korea serve as an "important groundwork" for the stable development their relations, Cheong Wa Dae said.

The leaders reaffirmed their commitment to cooperation in the fight against fine dust.

Moon arrived here earlier in the day after holding talks with Chinese President Xi Jinping in Beijing. On Tuesday, Moon is scheduled to attend a trilateral summit to be hosted by Li and joined by Japanese Prime Minister Shinzo Abe.