(ATTN: UPDATES with details from 5th para)
By Lee Chi-dong

In connection with the trade issue, Moon stressed that Japan should return to the situation before July 1, when Tokyo toughened its export control of three kinds of major industrial materials in apparent reprisal for the Moon administration's stance on the issue of wartime forced labor compensation.

On the problem of how to compensate Korean victims of World War II forced labor, the leaders confirmed their differences but agreed on the need to resolve the matter through dialogue, Cheong Wa Dae spokesperson Ko Min-jung told reporters. 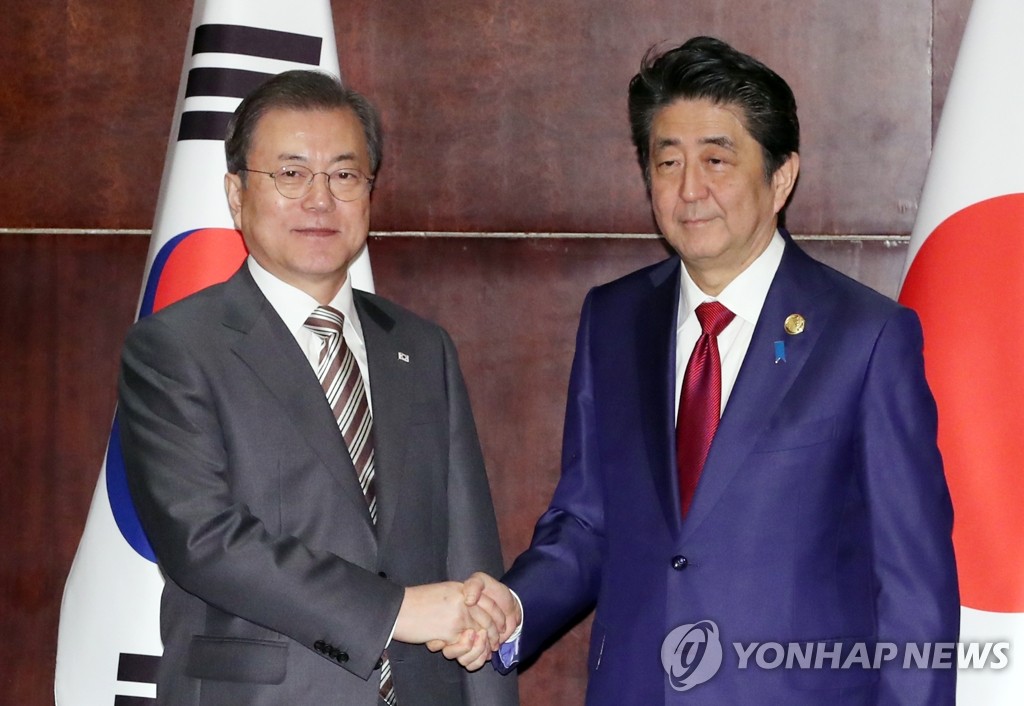 Moon expressed hope that the summit will be a chance to raise expectations of both countries for a resolution to pending issues through dialogue.

They also exchanged views on recent "grave" security conditions on the Korean Peninsula. Abe requested support for his government's efforts to resolve the issue of Japanese nationals kidnapped by North Korea decades ago, and Moon agreed to continue support for Japan's related efforts, Ko said.

They had been scheduled to meet for half an hour, but the summit lasted for about 50 minutes.

Beginning the talks at a hotel in this southwestern Chinese city of Chengdu, Moon told Abe that it is important to have "frank dialogue" for a change in Seoul-Tokyo relations.

He stressed that South Korea and Japan are the closest neighbors "geographically, historically and culturally," speaking in front of pool reporters.

Although the relationship has been "uncomfortable" for a brief time, the two sides can never be apart, he added.

Abe agreed that the two sides are important neighbors and that trilateral security cooperation with the United States is especially crucial.

He added that he wants to improve Japan's relationship with South Korea.

They had the summit in the wake of an annual group summit with Chinese Premier Li Keqiang in the mainland Chinese city. 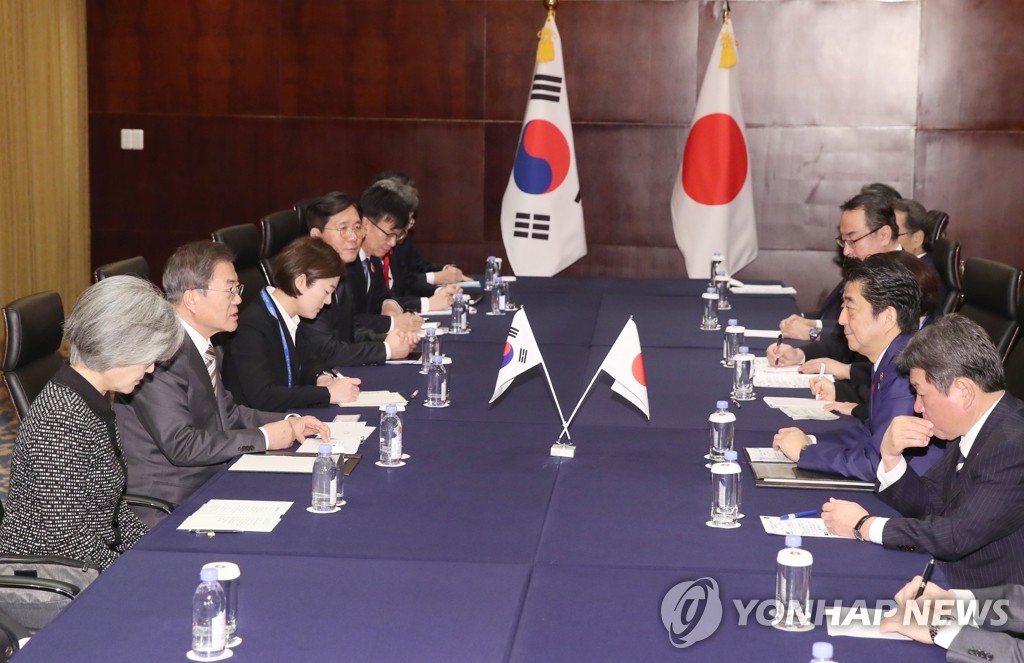 Last week, Japan relaxed some of its export restrictions, but South Korea said the measures are not sufficient for a fundamental resolution to the problem. The Moon administration earlier suspended its move to terminate an accord with Japan on exchanging military information.

Moon took note of Japan's latest "voluntary" step, describing it as "some progress" and a goodwill gesture for a dialogue-based resolution to the export control problem, a Cheong Wa Dae official said later on background.

South Korea's Supreme Court ordered two Japanese firms to pay compensation for the victims. Japan, however, argued that all reparations associated with its 1910-45 colonial rule of Korea were already settled in a 1965 state-to-state deal on normalizing bilateral diplomatic relations.

The court said forced labor victims still have their individual rights to compensation, and the Moon administration stated that it respects the court ruling under the democratic system of separation of powers.

It marked the sixth round of formal summit talks between Moon and Abe.

The previous Moon-Abe formal summit took place in New York in September last year on the sidelines of a U.N. General Assembly session.

Moon was set to return home on Tuesday night, wrapping up his two-day trip to China.

On Monday, he had a separate summit with Chinese President Xi Jinping in Beijing. They stressed the need to maintain the momentum of nuclear talks with North Korea despite its renewed saber-rattling.