SEJONG, Dec. 24 (Yonhap) -- South Korea's finance ministry said Tuesday that about 71 percent of next year's budget has been allocated for implementation during the first half of the year, as the government aims to boost recovery momentum for Asia's fourth-largest economy.

According to the ministry, 71.4 percent of state budget totaling 427.1 trillion won (US$366 billion), which covers welfare and other fiscal spending, will be front-loaded for use during the January-June period.

The nation's economy is expected to grow 2.4 percent next year, following this year's estimated 2-percent expansion, on the back of an anticipated recovery in the memory chip sector and a series of policy measures. 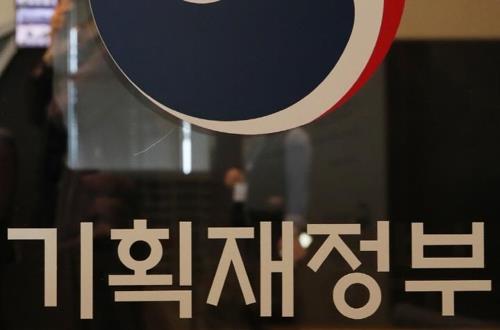 Under the plans, the consumption tax will be lowered by 70 percent for people who scrap their aged cars produced 10 years or more ago and buy new ones from next year.

For big companies, a tax deduction rate for their facility spending will be raised to 2 percent from 1 percent.

A tax deduction rate for small and medium-sized firms' investment will also be raised to 10 percent, the ministry said.