The conservative party warned that it will create a new satellite party that centers on securing PR seats for the April 15 general elections if other parties pass a contentious bill to revamp the election system at the National Assembly.

The LKP's move is aimed at preventing the party from taking fewer or no PR seats if South Korea adopts a mixed-member proportional (MMP) representation system for next year's elections.

"If the unconstitutional election bill passes, we will immediately launch the establishment of a PR-focused party," Rep. Kim Jae-won, the LKP's policy chief, said at a press briefing. 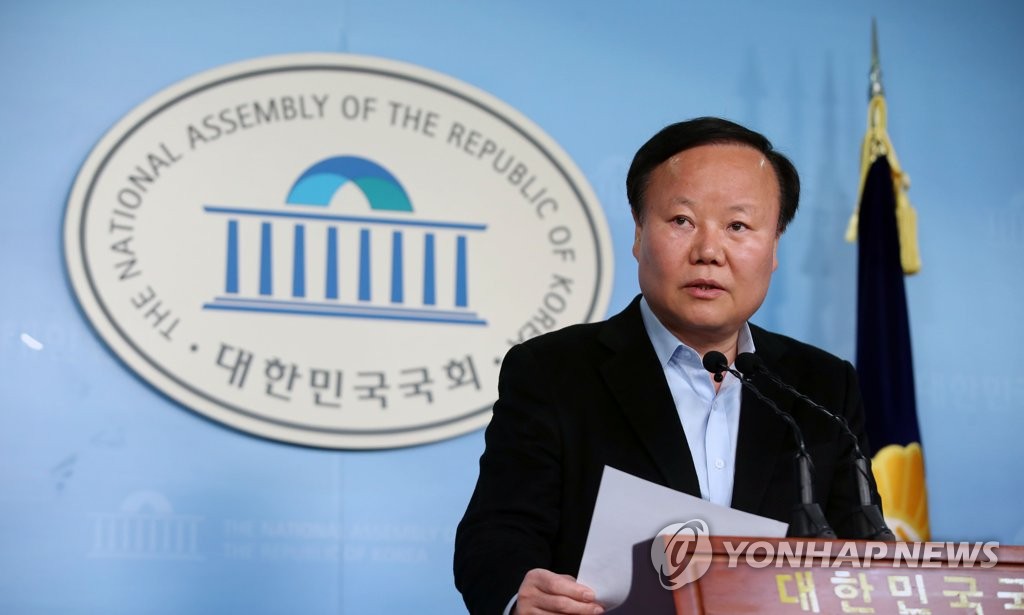 The LKP launched a filibuster late Monday as National Assembly Speaker Moon Hee-sang introduced an electoral reform bill on a parliamentary fast track despite objections from the conservative party.

The ruling Democratic Party (DP), three minor parties and one splinter group reached a final agreement on details about fast-tracked bills on election and prosecution reforms.

Under Monday's deal, the number of directly elected seats and PR slots will be kept at 253 and 47, respectively, in the 300-member National Assembly.

In the MMP representation system, parliamentary seats are tied to the percentage of voters' support for political parties. Smaller parties have room to secure more PR slots in the new scheme.

The LKP has condemned its rivals' agreement as "political collusion," vowing every effort to deter their parliamentary passage.

The LKP will continue its filibuster, or prolonged speech, until Wednesday when an extra parliamentary session ends.

A filibuster against a specific bill is only effective during a related setting. If a new session opens, the bill is put to a vote. The DP earlier requested the opening of a new extra session for Thursday.