The Lotte Giants of the Korea Baseball Organization (KBO) said on Tuesday Conger will serve as their battery coach and work with the team's backstops. 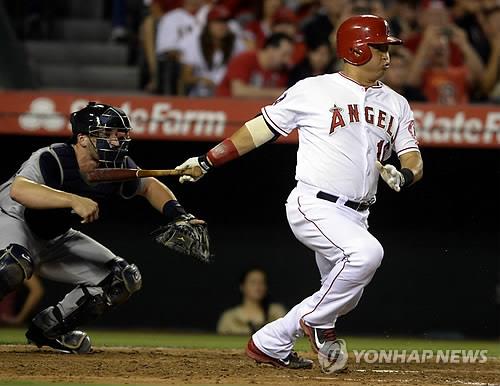 Conger, whose Korean-born father is an adoptee, appeared in 373 games for three clubs across seven seasons as a backup catcher, most recently with the Tampa Bay Rays in 2016. He spent his first five seasons with the Los Angeles Angels, and set career highs with 11 home runs and 33 RBIs in 73 games in his lone season with the Houston Astros in 2015.

Though Conger didn't have strong numbers at the plate, he was considered one of the top pitch-framers in baseball and he was charged with only six passed balls in 339 career games as catcher.

In 2019, the Giants had the lowest batting average, fewest RBIs and lowest wins above replacement (WAR) from their catcher position, and other metrics showed their backstops were collectively the KBO's worst defensive unit.

In November, the Giants traded for 25-year-old catcher Ji Seong-jun, a career backup who will get a chance to develop into an everyday backstop with Lotte.