SEOUL, Dec. 25 (Yonhap) -- Hirari Yamauchi, a 48-year-old Japanese housewife, and her teenage daughter flew to South Korea for a two-day trip this week, solely for a highly anticipated visit to a pop-up store themed around K-pop boy band BTS currently open in Seoul.

The mother and daughter discovered BTS a year ago and have since been avid fans, and they were unable to miss a chance to see the first major BTS pop-up store in the band's home country.

The pop-up store, House of BTS, kicked off its three-month run on Oct. 18 in a back alley of the bustling commercial and entertainment district of Gangnam in southern Seoul, drawing fans from Japan, the United States and other countries, as well as those from the band's home country. 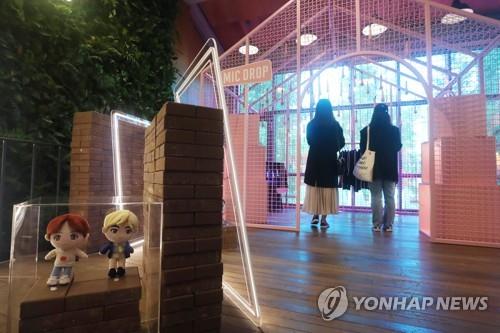 Two weeks before the store's planned closure on Jan. 5, House of BTS was still bustling with hundreds of fans on Tuesday, even at its opening time of 10:00 a.m. amid the morning winter chill.

Customers need to wait for nearly an hour in the open air before being admitted to the four-story building, decorated in pink, the trademark color of BTS' latest mega-hit song, "Boy With Luv."

Visitors are greeted with the band's best-loved tracks as they first step into the building at the basement floor. Here, using a catalog and pencil given out at the entrance, shoppers can order any of around 200 items of BTS merchandise. They collect their haul at a time of their choosing at the pick-up desks on the ground floor.

The second floor is the store's main entertainment venue, where fans can enjoy the surreal experience of walking into signature scenes from BTS music videos. These include the yellow ticket box of the Persona theater where Halsey sighed with boredom in the opening scene of the video of "Boy With Luv."

The video's main scene, set on the "Love" stage, is also one of those displayed on the second floor, along with a replica of a bus station at Songju Jaeil Middle and High School, the alma mater of the BTS members in a novel featuring the band, "The Most Beautiful Moment in Life: The Notes."

All the installations can be entered and photographed.

The most popular photo spot is by the colorful, cartoonish statues of the seven members in the center of the room.

Finally, the third floor has a small terrace adorned with large ARMY Bombs, light sticks used by BTS fans, as well as a reproduction of the famous attic setting in which BTS, wearing cotton candy-colored pajamas, appeared in the teaser images for "Map of the Soul: Persona."

A cardboard image of the seven members allows fans to take selfies alongside their idols. 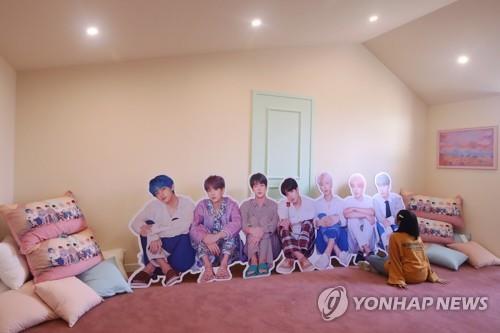 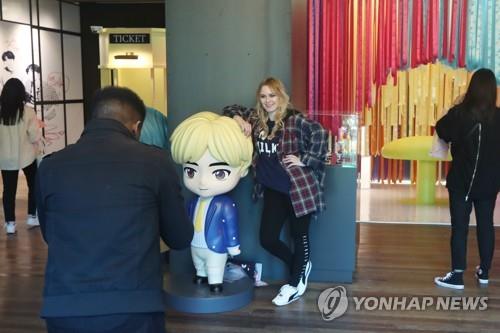 A Korean fan in her 30s spent nearly four hours at the store on Tuesday, buying a load of merchandise, visiting every corner of the building and enjoying a cup of coffee in the refreshment zone on the first floor.

"Anything like this is too good to be true for fans like me. But I am a little sad that many of the merchandise items are already sold out, leaving only a smaller range of things to buy," the office worker said. 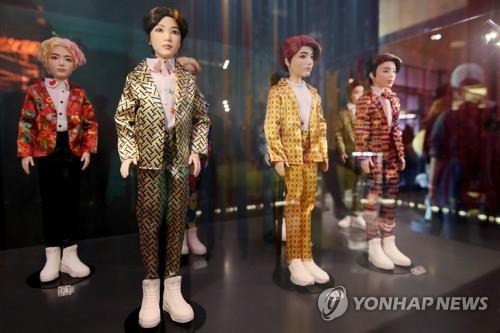 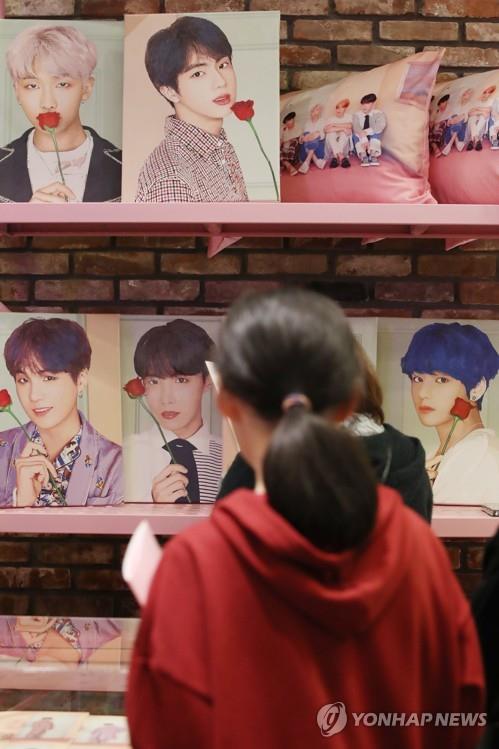 According to the Yamauchis, it's still completely worth the international flight they took to come here despite the ongoing diplomatic and trade row between South Korea and Japan that led to a collapse in the flow of tourists between the two countries in recent months.

"I don't take it seriously. Political issues are separate from things like this. Once you arrive here and meet Koreans, they are friendly," the mother said.

She also recalled the small pop-up BTS stores that hit Tokyo's Shibuya in the past, saying the event was unsatisfactory compared to the bountiful supply of content and merchandise offered by House of BTS here in Seoul. 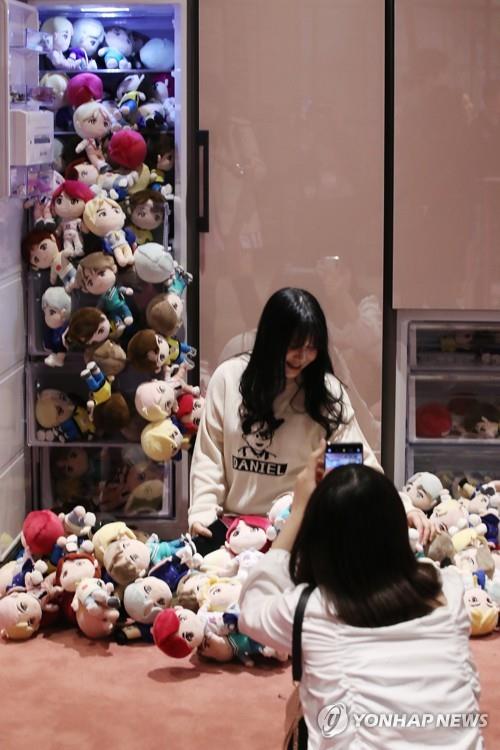 According to Big Hit Entertainment, the management agency of BTS, more than 2,000 fans visit the pop-up store every day even into its third month.

Driven by the Seoul event's wild success and rising demand, Big Hit opened new House of BTS shops in Tokyo, Osaka and Fukuoka on Nov. 23. The Japanese operations will run till Dec. 29.