SEOUL, Dec. 25 (Yonhap) -- Over 3,000 South Koreans who had applied for reunions with their long-lost relatives in North Korea have died this year without having their wishes fulfilled, according to government data.

A total of 3,147 South Koreans, registered as members of separated families since 1988, died from January to November this year, an online system jointly run by the unification ministry and the Red Cross showed on Tuesday.

Among the total of 133,365 South Koreans registered as members of separated families, only 52,997 were alive as of the end of November, hoping to reunite with their loved ones believed to be living in the North since the 1950-53 Korean War.

Among the survivors, 63.4 percent were aged 80 or older, highlighting the urgency of one of the most pressing humanitarian matters for the two Koreas.

Buoyed by reconciliation last year, the two Koreas held a round of reunions of separated families at the Mount Kumgang resort on the North's east coast for the first time in about three years, making it the 21st round of face-to-face reunions since the first inter-Korean summit in 2000.

The two Koreas agreed in their September summit last year to open a permanent reunion center for divided families, hold video meetings or exchange video messages. But the impasse in nuclear talks between the North and the United States has hindered progress in the reunion of separated families, putting the aging family members at risk of dying before reuniting with their families in North Korea. 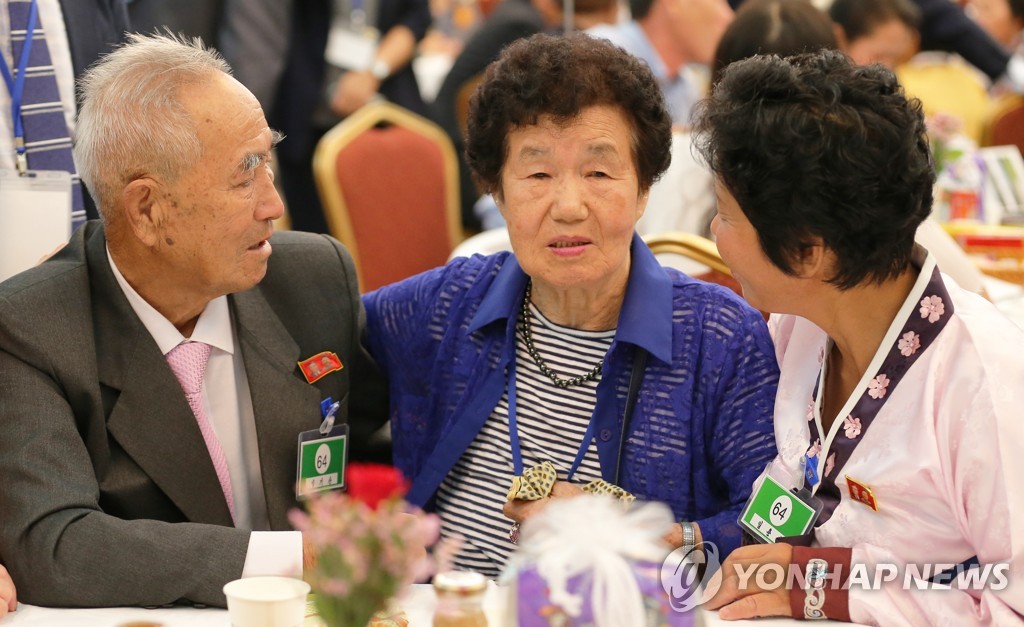 Over 3,000 S. Koreans seeking reunions with separated relatives in N.K. died this year

Over 3,000 S. Koreans seeking reunions with separated relatives in N.K. died this year