The country's public sector debt, known as D3, which includes the debt of the central government and state-funded firms, reached 1,078 trillion won (US$926 billion) as of end-2018, up 34 trillion won from a year ago, according to data compiled by the Ministry of Economy and Finance.

It accounted for 56.9 percent of the country's GDP last year, marking the same portion as seen in 2017. 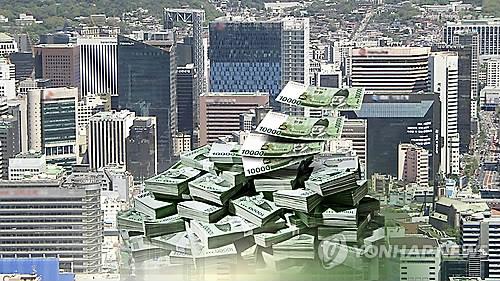 In terms of D2, Korea's economy had the fourth most favorable number as measured in the debt-to-GDP ratio among 33 members of the Organization for Economic Cooperation and Development (OECD), the ministry said.

Finance Minister Hong Nam-ki has said the national debt could rise to the upper end of 39 percent of GDP next year, due to the expansionary fiscal policy to prop up the nation's slowing economy.