As she lays the four cups down on a table, she shyly smiles as she says, "Excuse me. Here they are." She returns to the coffee machine and an alarm clock goes off seconds later. She finally breathes a sigh of relief.

At a glance, it looks like a run-of-the-mill coffee shop teeming with people, but Cho was actually practicing latte art as part of a 10-minute-long simulation in preparation for a test a few days later.

Cho had already passed a barista test weeks earlier and the upcoming latte art test was the last remaining hurdle that she had to overcome before completing a two-month-long job training program arranged by a state-run agency supporting the resettlement of North Korean defectors in South Korea.

"I like it the most when I am drawing something on the surface of cappuccino," she said in a recent interview. "I think I am still far away from making coffee for customers and in need of more practice. But I will make thorough preparations to get a job as a barista." 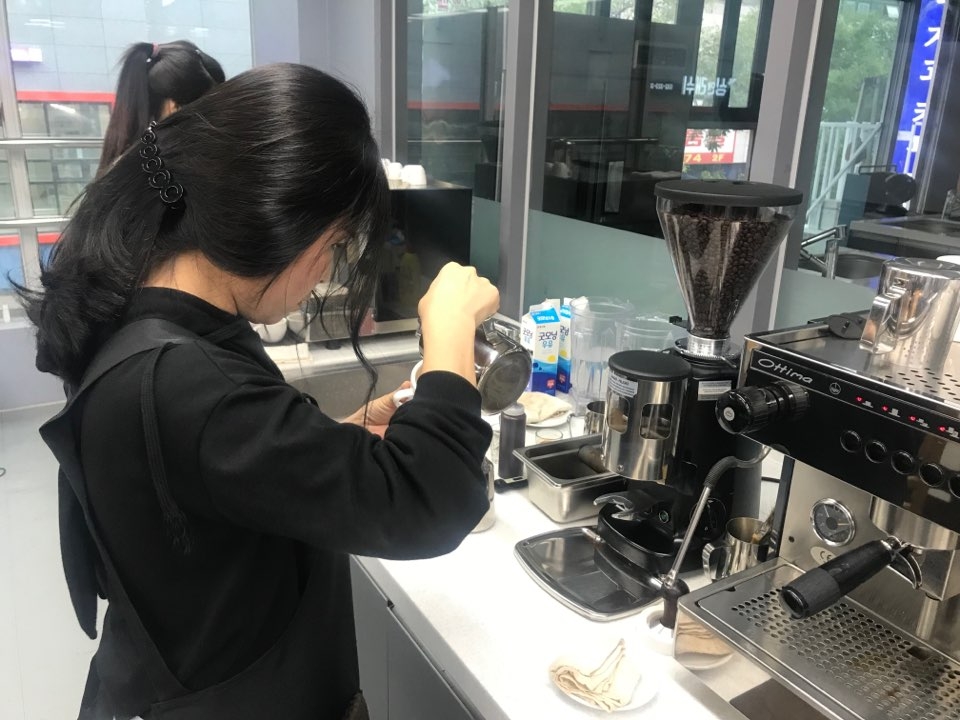 She is one of a growing number of North Korean defectors eyeing job opportunities in coffee on the hope of landing a more stable and better-paying job, as well as better working conditions, than the manual and labor-intensive work many other defectors have to do to make ends meet.

Coffee is something many of the defectors were not familiar with before fleeing North Korea. It must have been a luxury for many of them in a country where the per-capita annual income stands at a little over US$1,200.

This comes in sharp contrast with South Korea, where coffee is closely interwoven in daily life. Many cannot dispense with it, nor do they hesitate to buy a cup of coffee that costs more than a meal, just for a short chat with their friends or a brief respite from the hustle and bustle of their daily life.

Getting used to the new culture might be hard but it can be done with the passage of time. A much harder challenge for North Korean defectors aspiring to become baristas might be to develop a "taste" and getting necessary "skills" both for making coffee and dealing with customers, none of which they had done before in their former communist homeland.

This is where the South Korean government comes in and provides various forms of job training.

The barista-training course Cho had been taking part in for the past two months is one of such programs. The program was arranged by Hana Foundation, a state-run resettlement agency in partnership with Hanjoo College of Culinary Arts, a civilian job training institute.

"I had never heard of coffee in North Korea, let alone what beans are all about. During a class in Hanawon, I joined a class about coffee and found it so interesting," she said, explaining why she decided to take part in the barista program. Hanawon is a state-run resettlement center for newly arrived North Korean defectors.

She was enamored not just with its scent but also the feelings and image that coffee conjures.

"Coffee is a culture. Coffee always invokes a sense of luxury, beauty and aroma inside me. I have always been mesmerized by this culture," she said.

She is now aiming higher than most trainees. She plans to run her own shop in the near future, hoping to build a "comfort space" not just for her customers but herself as well, though she knows what it would be like to run a business. She recently had to close her own toy store due to growing losses.

"It was really hard and I realized that running a business is much harder than I had expected," she said. "Thinking about opening a café next year, I am reading many books and making preparations."

Running a coffee shop, however, might sound easier said than done. It would be even harder for people, like defectors, who lack personal networks, financing support, experience and skills necessary to overcome ups and downs of business in a market-driven economy.

According to government data, only about 65 percent of some 32,000 North Korean defectors living in South Korea were economically active as of 2018.

Of them, around 2,000 people, or 12.3 percent, were running their own business, mostly in lodging, restaurant and transportation sectors, though it remains unclear how many have been successful. 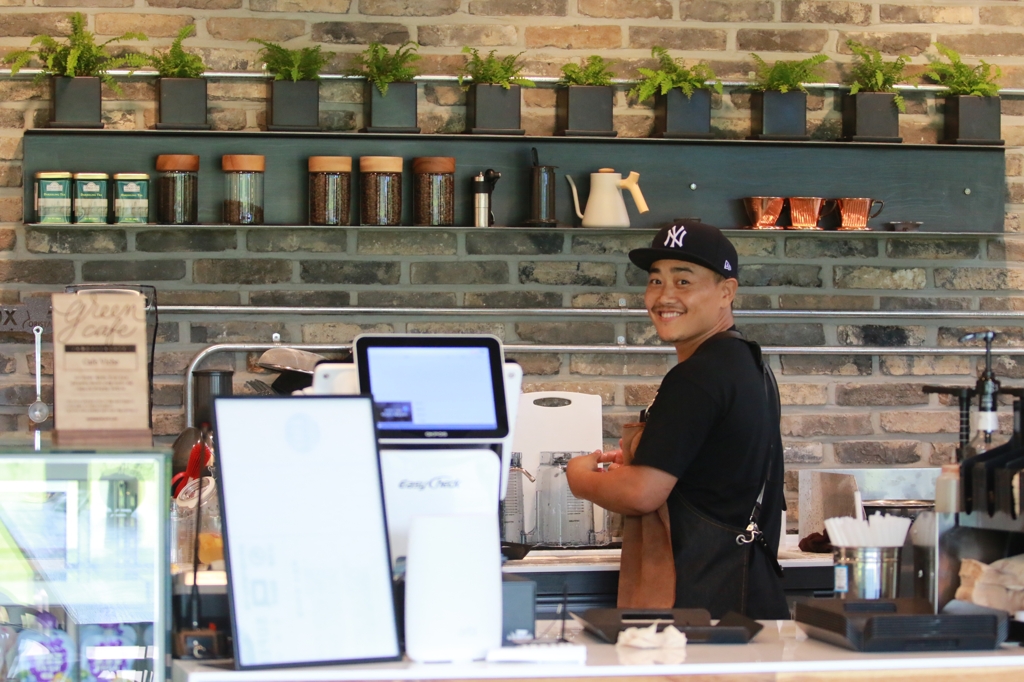 Joseph Park, 38, appears to be one of the clear success stories, serving as a role model for North Korean defectors by showing what it takes to run a business.

Fleeing North Korea in 1999 and staying for years in China before entering South Korea in 2004, Park spent around two years preparing to launch a business of his own after graduating from college.

He launched Yovel Inc., a social enterprise intended to help North Korean defectors, like him, find jobs and "become economically independent." He chose coffee as the business item since he liked it and thought it was a relatively easy business to start.

"When I considered opening a company, the suicide rates for North Korean defectors were very high with many of them struggling to stand on their own in their livelihood," he said. "I wanted to find solutions on those matters."

He opened his first coffee shop on the outskirts of Seoul in 2014 inside a branch of the Industrial Bank of Korea, a local bank, employing five North Korean defectors as his entire staff. He later launched one more in-house office at an IBK branch and recently opened another independent coffee shop in Chungju, some 150 kilometers south of Seoul.

"Opening a business is just like conducting an orchestra," he said. "It is not enough to do only one thing well. You have to be able to do many things that require long-time preparations and training. It also requires a network for funding and financing, which North Korean defectors lack."

No less important, he said, is emotional stability North Korean defectors many also be lacking, due to trauma they had to go through in the process of fleeing their home country and leaving their loved ones behind.

"Among other things, what is the most important is to remain ready for learning all the time," he said. "Many things could happen in running a business, such as wrong orders, breakdown of machines and malfunction of the payment system," he added.