Hyundai Rotem did not give details on the number of combat engineering vehicles and tanks it will build for the country's military, citing the issue's sensitivity. 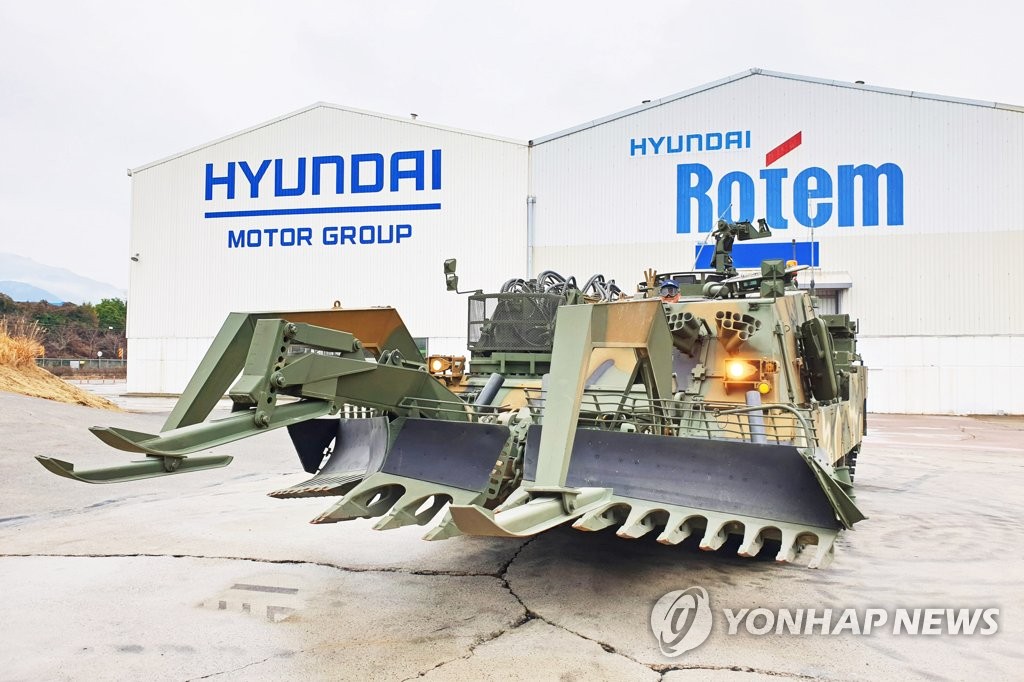 The combat engineering vehicles are designed to removes landmines and other obstacles near the border with North Korea.

South and North Korea are divided by a heavily armed border strewn with land mines. The two Koreas technically remain at war as the 1950-53 Korean War ended only with an armistice, not a peace treaty.