SEOUL, Dec. 28 (Yonhap) -- The number of students in South Korea's annual K-pop training course for overseas fans gained ground this year on the back of the global expansion of the Korean wave, government data showed Saturday.

The Korean Culture and Information Service (KOCIS), an affiliate of the Ministry of Culture, Sports and Tourism, said that 25 overseas Korean Cultural Centers in 21 countries around the world ran K-pop Academy classes in 2019.

The program, launched in 2016, was designed to give overseas Korean wave fans the chance to learn the latest K-pop songs and dances from professional South Korean instructors and trainers.

A total of 2,608 people took the program in countries like Russia, Thailand and the United States, up 15 percent from a year earlier, according KOCIS data.

They preferred dance classes to singing lessons and were interested in songs by idol groups like BTS and TWICE as well as ballads and original soundtracks from popular TV series.

KOCIS said it will continue to render full support to the program next year to help increase overseas K-pop fans' interest in Korean culture. 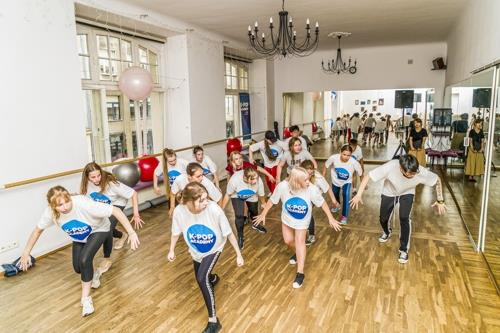