SEOUL, Dec. 27 (Yonhap) -- Unification Minister Kim Yeon-chul has called on the United States and North Korea to reach a tentative deal in their nuclear negotiations to keep the momentum for dialogue alive amid concern Pyongyang could return to a provocative tack next year.

The minister made the remark during a press conference in Seoul on Thursday, as North Korea was set to hold a plenary meeting of the ruling Workers' Party later this month to decide on "crucial issues," spurring speculation that a major policy shift in relation to denuclearization talks might be forthcoming.

"In order to keep the situation from deteriorating and revive the momentum for negotiations, we need an interim deal as a stepping stone to a final agreement, a wisdom of modus vivendi," Kim said.

Since the second summit between U.S. President Donald Trump and North Korean leader Kim Jong-un collapsed without a deal in February, nuclear talks have been stalled.

Pyongyang has set the end of year as a deadline for Washington to come up with a new acceptable proposal in nuclear negotiations, threatening to take a "new way" otherwise, hinting that it would end diplomacy and revert to provocative behavior.

North Korea conducted what are presumed to have been two rocket engine tests at its west coast satellite launch site this month, spawning speculation it may be gearing up for a test-fire of an intercontinental ballistic missile (ICBM).

It remains uncertain what policy decision will come out from the expected party plenum, but experts say North Korea could declare an end to its denuclearization talks with the U.S. or scrap its self-imposed moratorium on nuclear and ICBM tests.

In an apparent prelude to the ruling party session, the North's state media said Sunday that leader Kim has presided over a meeting of the party's Central Military Commission and discussed "important issues" related to national defense.

Stressing the need to find a creative solution to push the stalled peace process forward, the minister said the government has been keeping an eye on a recent proposal made by China and Russia to ease some sanctions on the North, and expressed a will to resume an inter-Korean project to modernize and reconnect railways over the border.

The two Koreas held an event to break ground for the project in December last year, but actual construction has not started in the face of global sanctions banning economic cooperation with the North.

"The inter-Korean railway connection project is a noncommercial public infrastructure business that doesn't require sanctions waivers for individual items once the project receives approval from the U.N. Security Council sanctions committee," he said.

The minister also said the government will push for a joint inspection with the North of the demilitarized zone (DMZ) separating the two Koreas as the first step to turn the area into an international peace zone.

"This survey will be used as the base data in pushing to list the DMZ as a UNESCO World Heritage site," the minister said.

Still, it is unclear whether the North will respond to the joint inspection offer amid chilled inter-Korean relations, with major cross-border projects at a standstill. North Korea has blamed South Korea for dragging its feet in making efforts to push for inter-Korean projects for fear of violating sanctions. 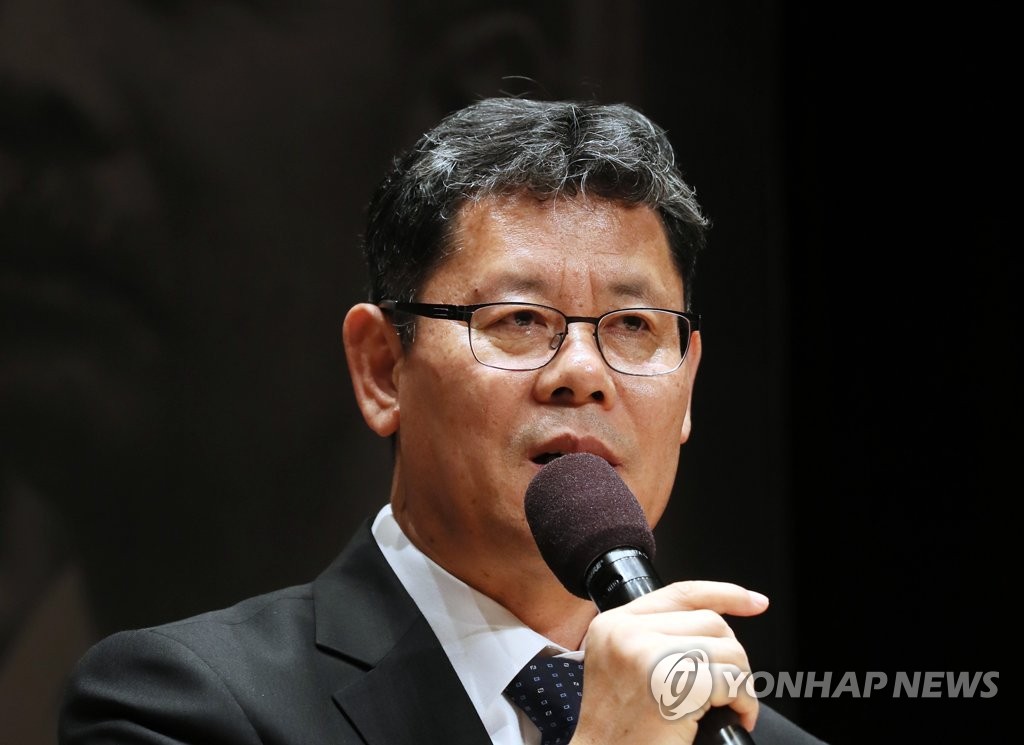