Hong made the remarks at a meeting in Seoul with top executives of Korean companies on next year's economic policies.

"Opportunities coexist with risks next year. The government will spare no efforts to build momentum for an economic recovery next year," Hong said. 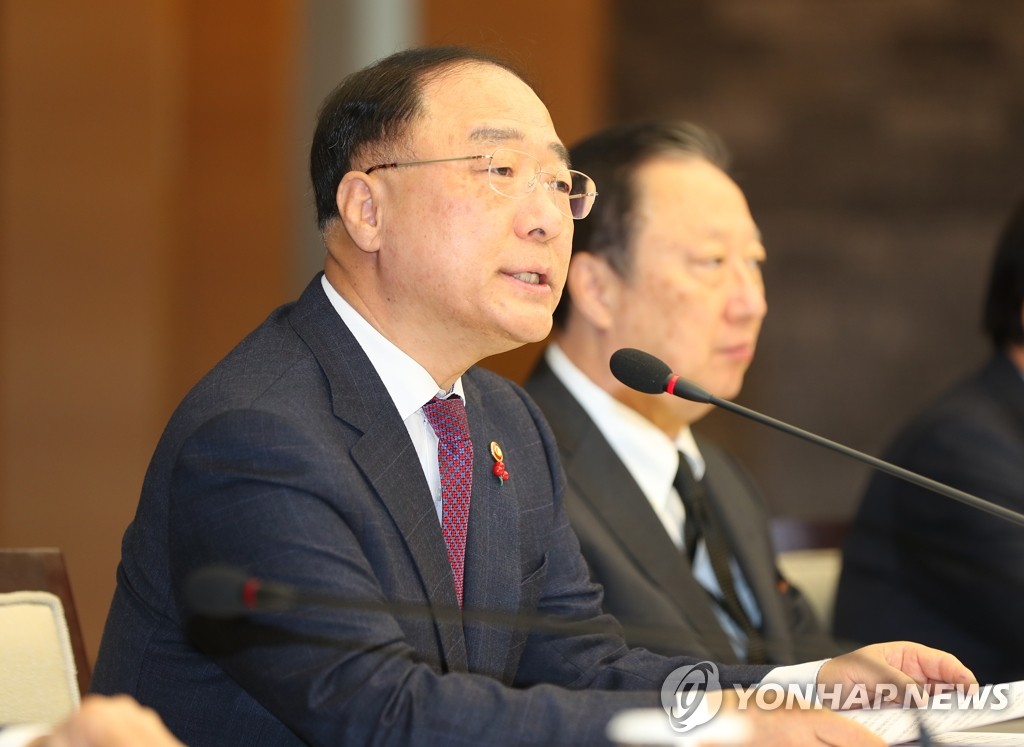 Easing trade tension between the United States and China is likely to lift the global economy and global demand for memory chips will pick up early next year, Hong said.

However, future trade negotiations between the U.S. and China and lackluster investment in the local construction sector will provide causes for pessimism in the Korean economy next year, Hong said.

South Korea's economy is expected to grow 2.4 percent next year, following this year's estimated 2-percent expansion, on the back of an anticipated recovery in the memory chip sector and a series of policy measures.