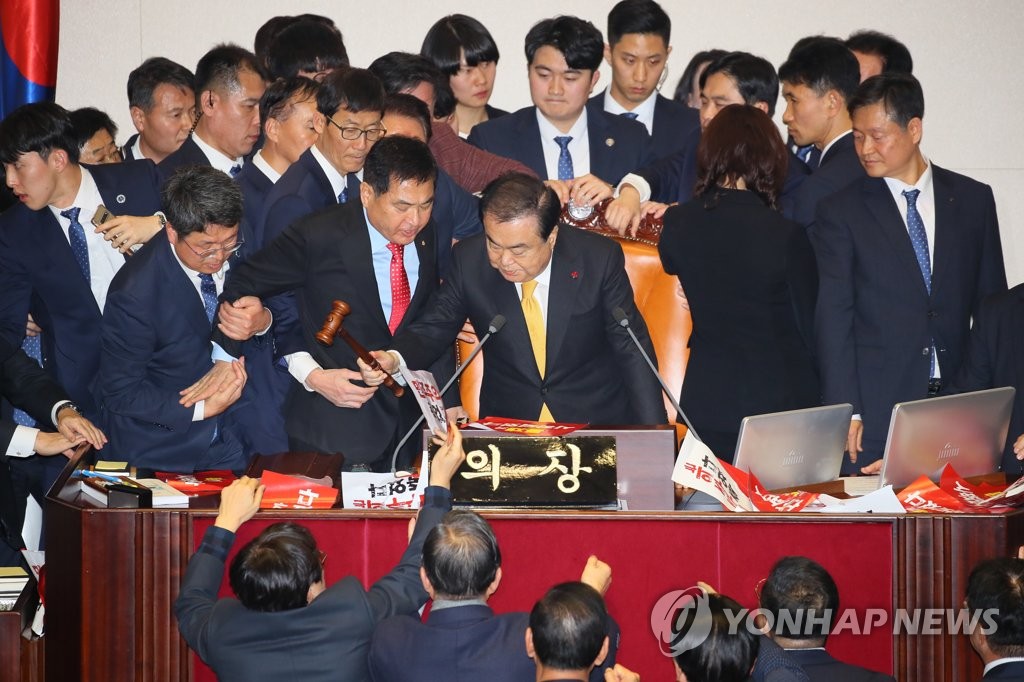 The LKP denounced the ruling party-led revision, which is expected to sharply decrease the two major parties 'PR seats.

LKP floor leader Shim Jae-chul reaffirmed the party will push for a constitutional appeal to nullify the passage of the "monstrous" electoral bill.

The party also said that it will start work soon to launch a new small satellite party aimed at garnering PR seats in the upcoming elections.

Following the vote, Speaker Moon also put another contentious bill on the agenda.

This bill calls for establishing a separate unit to probe corruption by high-ranking public officials as part of the Moon Jae-in administration's efforts to reform the prosecution.

The LKP had threatened to block the bill through a filibuster.