SEOUL, Dec. 27 (Yonhap) -- South Koreans nearly halved their spending on books over the years from 2010 to 2018 as fewer people picked up the paper medium, data showed Friday.

The average monthly spending on books by a South Korean household came to 12,054 won (US$10.40) as of 2018, compared with 21,902 won recorded in 2010, South Korea's biggest bookstore chain, Kyobo Book Center, said in a report quoting data compiled by Statistics Korea. The report summarizes major trends and changes in the local publishing market in the 2010s.

The market saw a 45-percent dive in the 2010-2018 period, during which the average spending on the whole range of leisure activities rose more than 50 percent to 191,772 won.

Given that the average price of a newly published book is 16,347 won, the 2018 average spending on books "gloomily" shows that every South Korean household came short of buying one book, according to the report.

The report also showed fewer and fewer South Koreans read books in the decade, with the adult reading rate, or the percentage of adults who read one or more books a year, stumbling to 59.9 percent as of 2017 from 2010's 65.8 percent.

The year 2010 was when the annual rate first went below the 70-percent threshold, the report said, citing data by the Ministry of Culture, Sports and Tourism.

Along with the changes, the age of mainstream readers shifted upward. As of 2010, readers in their 20s were the age group that bought the most books, accounting for 37 percent of total purchases.

As of 2019, however, the biggest book buyers were readers in their 40s, representing 34 percent of all annual book purchases, according to the report. 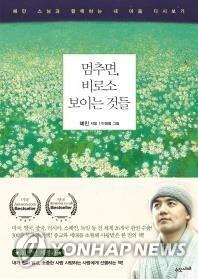 The top-selling title during the decade was an essay by Buddhist monk author Haemin, "The Things You Can See When You Slow Down."

Second place went to the translated Korean version of "The Miracles of the Namiya General Store," a novel by Japanese writer Keigo Higashino, followed by "Hurting is Youth" by Kim Ran-do, a professor. 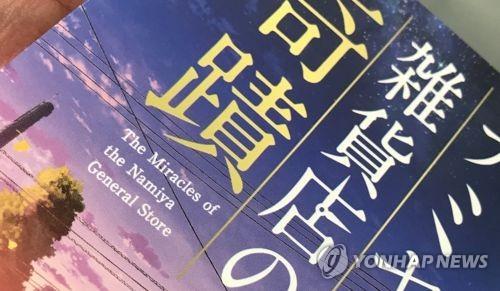 The report also cited Haemin, politician-turned-writer Rhyu Si-min and Japanese novelist Haruki Murakami as the three authors who placed the most books on the top-100 sales list over the decade.

The best selling electronic book title during the 2010-2019 period was the first book of "Fifty Shades of Grey," followed by the sensational feminist novel by Cho Nam-joo, "Kim Ji-young, Born 1982," which was made into a film earlier this year.

"Over the past 10 years, readers read fewer books and bought fewer books while the average book purchase expenditure by household and the adult reading rate were also on downturns," a Kobyo Book Center official said, summarizing the development of the publishing market of the decade.