The highly popular K-pop stars were part of ARTnews' list of "50 Art Collectors to Watch" posted on the magazine's website on Dec. 13.

"Looking to the future of collecting, ARTnews consulted our expert sources -- top dealers, curators, auction house specialists, collectors, and other art-world players -- to round up the 50 most promising up-and-coming collections being built today around the world," the magazine said in an introduction to the list.

Troy Carter, an American music manager and entrepreneur, and Taiwanese singer Jay Chou also made it to the list from the entertainment world.

G-Dragon and T.O.P's interests were reported to be in contemporary art.

Their love for art is widely known, with T.O.P saying during one TV appearance that he spent more than 95 percent of his income on buying artworks.

His collection reportedly includes works by Andy Warhol and late Korean painter Kim Whan-ki. T.O.P is reported to be a relative of the legendary Korean painter. 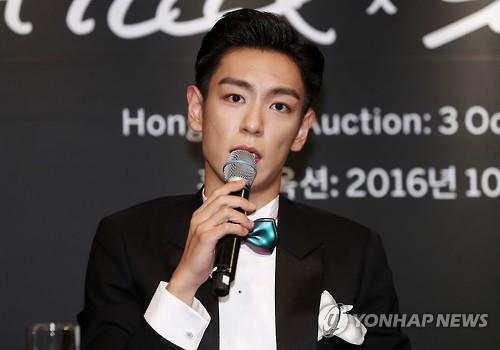