The annual ceremony is held at the Bosingak belfry in Jonggak, central Seoul, as a New Year's Eve celebration to greet the new year.

Ryu plans to ring the bell, along with 11 other civilian representatives, including Pengsoo, a popular penguin character, at the start of New Year's Day.

Ryu initially had a scheduling problem. But he agreed to join the ceremony after wrapping up the contract process with the baseball team, according to the official.

Ryu signed a four-year deal, worth US$80 million, with the team.

Ryu led Major League Baseball (MLB) with a 2.32 ERA in 2019 while pitching for the Los Angeles Dodgers, and he finished second in the National League (NL) Cy Young Award voting. Ryu was also the NL starter at the All-Star Game and was the biggest name left in the pitching free agent market this winter. 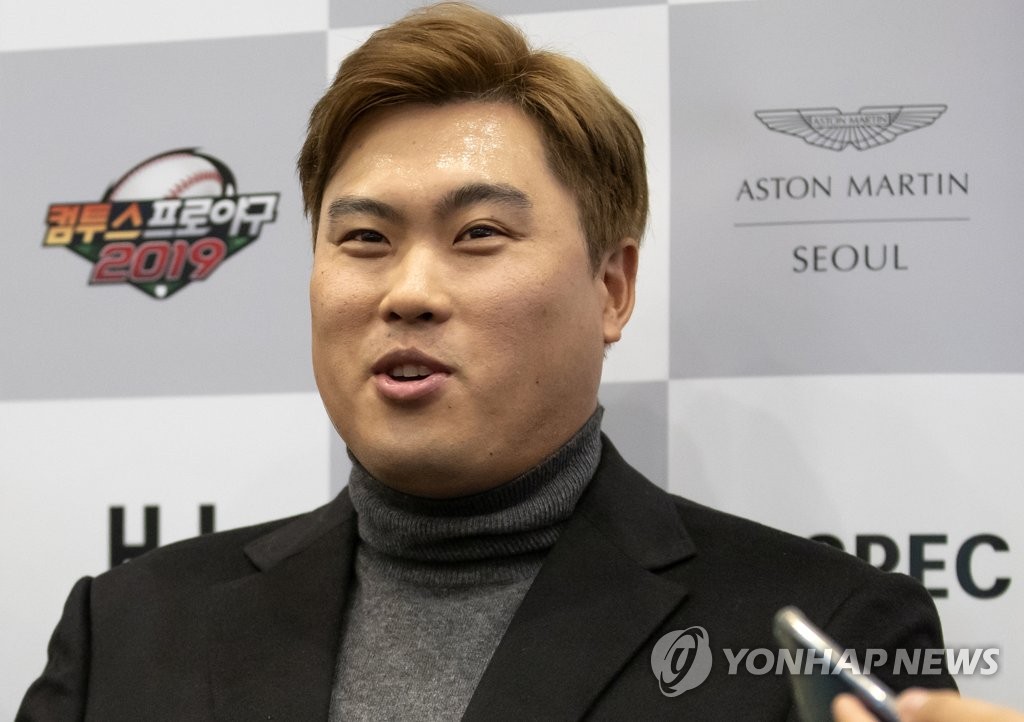