It marked the first yearly fall since 2014, when the transaction volume reached 349.6 billion won.

The 2018 decline is mainly due to a steep fall in sales by local art galleries, the biggest channel for transactions of art pieces.

The number of art fairs also rose to 54 last year from 49 the previous year, while sales by art fairs registered a 15 percent year-on-year growth to 73.4 billion won in 2018. 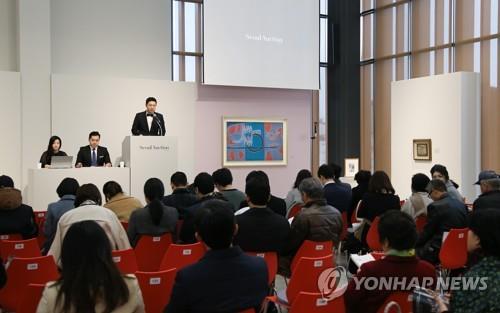