The average interest rate on new loans extended by banks in November came to 3.18 percent, compared with 3.20 percent in October, according to preliminary data from the Bank of Korea (BOK).

The rate on all outstanding loans averaged 3.42 percent last month, down 0.03 percentage point from October. 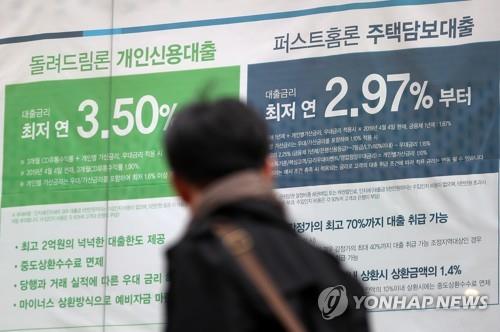 Both household and corporate loans have been rising at a slower pace in recent months, with overall household borrowing climbing 3.9 percent from a year earlier to 1,572 trillion won (US$1.33 trillion) as of end-September, the slowest on-year growth since the second quarter of 2004.

Banks' lending rates down in Nov.

Banks' lending rates down in Nov.