In a media showcase held in central Seoul on Monday, Momoland officially unveiled the digital single "Thumbs Up," another addictive number following its captivating hits, such as "Bboom Bboom" and "Baam."

It is the group's first music release as a six-piece unit after three members -- Taeha, Yeonwoo and Daisy -- left Momoland.

The reconfiguration put Momoland on a new start as if it was preparing for a fresh debut.

"I was very nervous, having felt like I am debuting again as a newbie ... that made us practice a lot," member Hyebin said during the press showcase.

"We had some difficulties with the new format as a six-member band, so we had to practice longer and talk more to make it work," member JooE said, adding that the new Momoland kept its focus on keeping up the musical energy it is famous for. 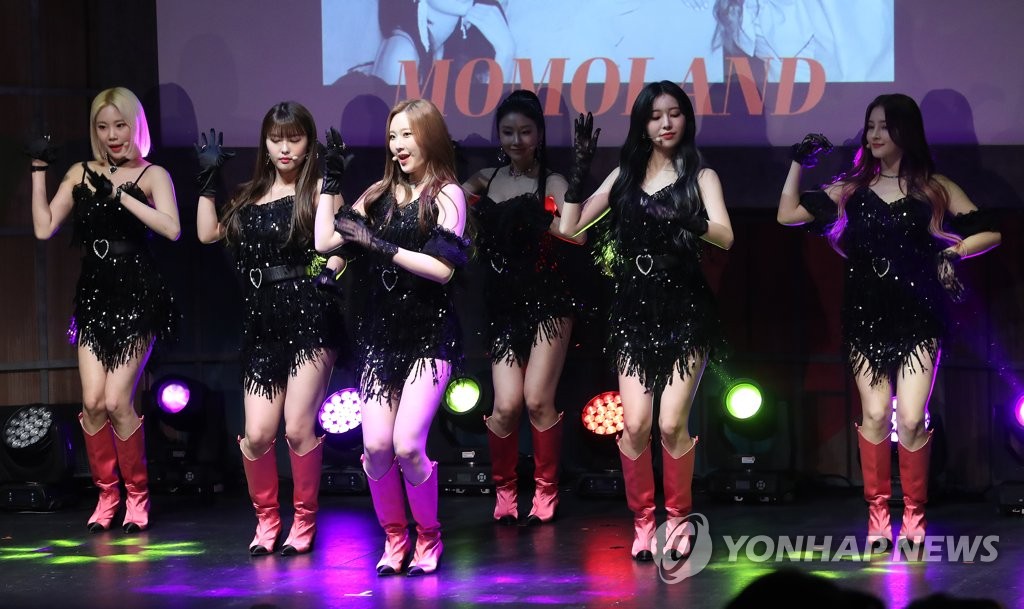 "Thumbs Up" wove a layer of retro vibes in its musical repertoire, with members visualizing the new musical style with retro costumes that included sparkling black mini dresses with matching long black gloves.

"We wanted to come up with the kind of music that has different feelings from the past because it's the first time we are performing as a six-member team," member Nayun said.

The band's oldest members -- Hyebin and Jane -- were put in charge of the opening and closing part of the song to fully express the new single's "mature and retro" qualities, according to the members.

Above all, "We want heartfelt compliments from fans," Hyebin said. "We want to feel our followers' intimate affection." 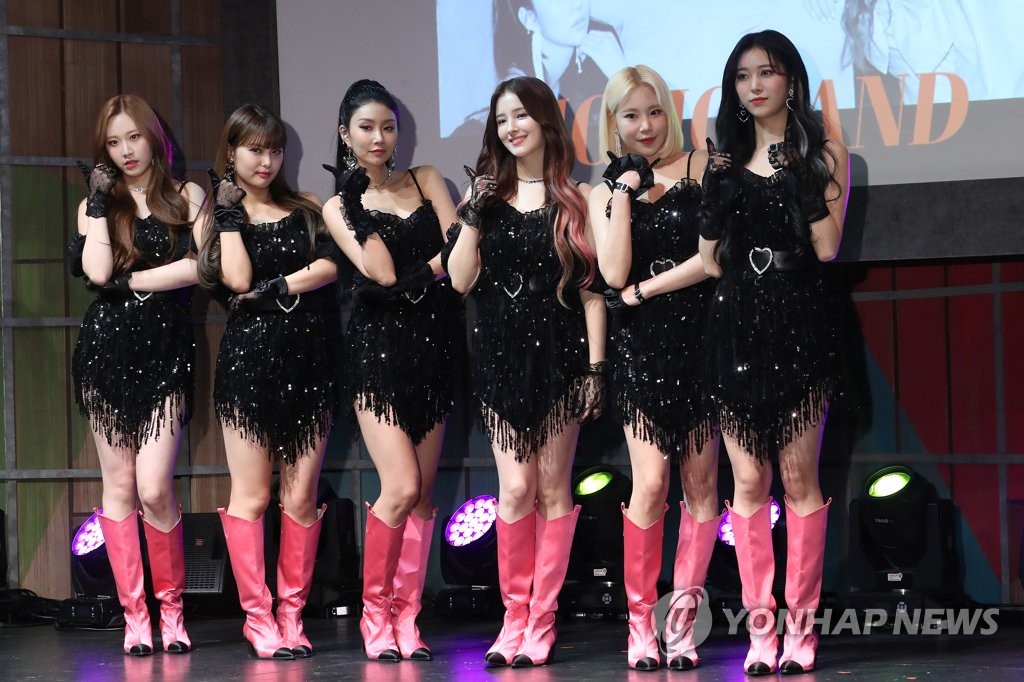