Kim said that the North suspended tests of nuclear weapons and intercontinental ballistic missiles (ICBM) as part of efforts to build confidence with the U.S., but Washington responded with joint military exercises with South Korea and more sanctions on Pyongyang.

Kim also said the North should more actively push forward the project for developing strategic weapons and "the world will witness a new strategic weapon to be possessed by the DPRK in the near future," according to KCNA. 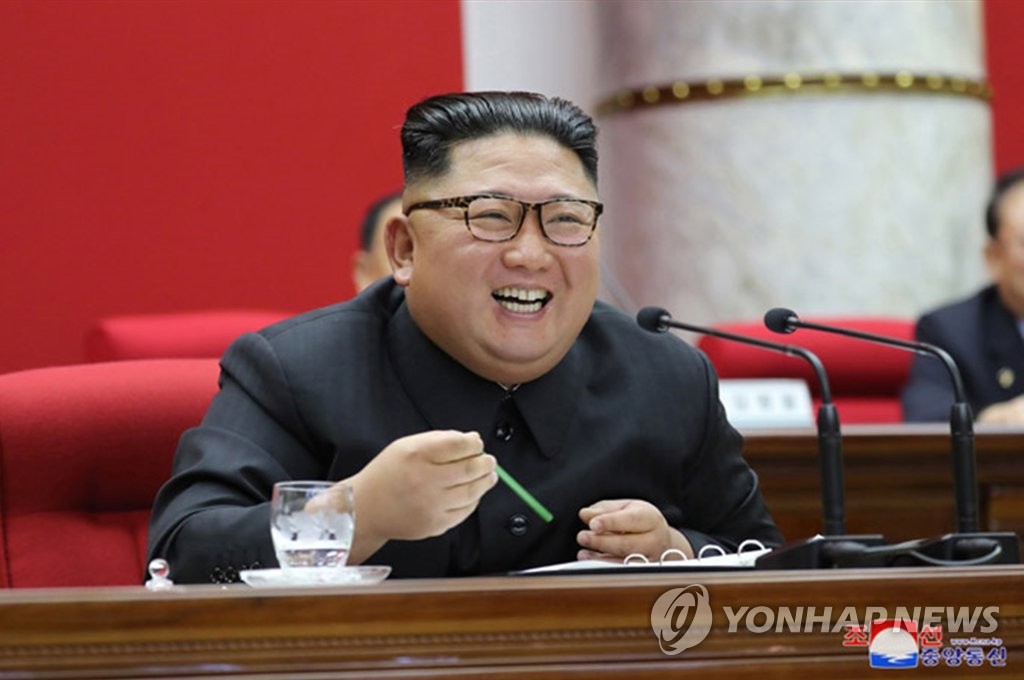 Kim also said the North "cannot give up the security of our future just for the visible economic results and happiness and comfort in reality now that hostile acts and nuclear threat against us are increasing," the KCNA said.

"We further hardened our resolution never to barter the security and dignity of the state and the safety of its future for anything else," the KCNA quoted Kim as saying.

Pyongyang declared a moratorium on nuclear and ICBM tests in April 2018, a symbolic gesture that led to Kim's first-ever summit with U.S. President Donald Trump two months later. Pyongyang has claimed that it has taken substantive denuclearization steps and asked for Washington's corresponding measures.