SEOUL, Jan. 1 (Yonhap) -- President Moon Jae-in hiked a Seoul mountain at dawn Wednesday, with some citizens in his first public activity of the new year.

He hiked Mount Acha in the eastern part of the capital with seven selected people known for their "righteous" acts, including an elementary school teacher who rescued a student in a classroom fire. Moon was also accompanied by senior Cheong Wa Dae aides.

The mountain boasts some historic sites from the Goguryo Kingdom (37 B.C.-668 A.D.) and also offers a great view of sunrises. 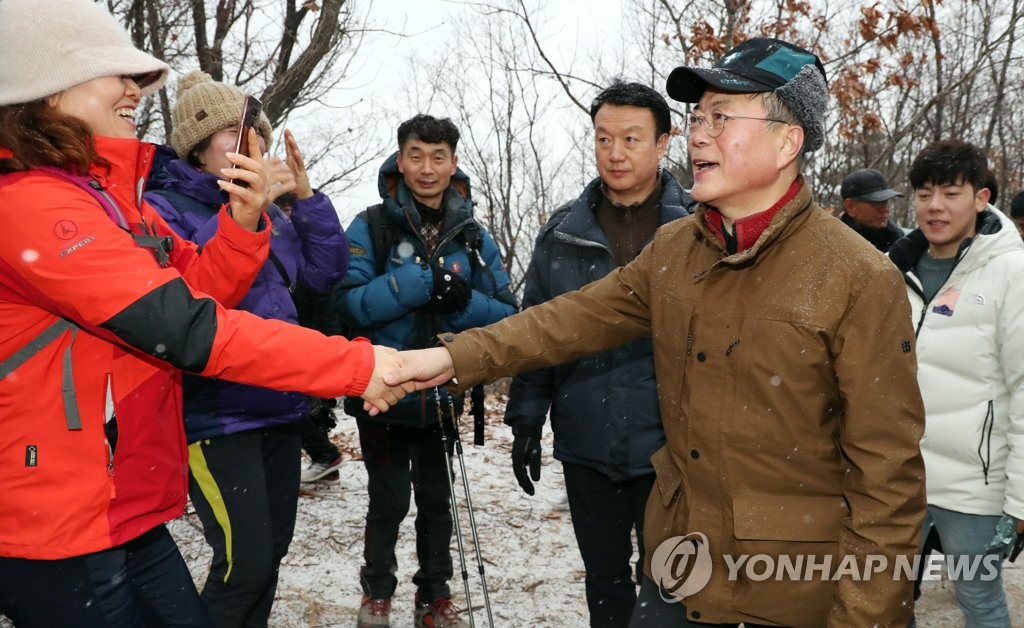 Encountering other hikers, Moon said, "As we all worked hard last year, we deserve to be happy in the new year."

He said his government will endeavor to make 2020 a brighter and more hopeful year.

In his New Year's Day message posted on his social media accounts earlier, the president cited the "buds of change" from his reform drive.

"(I) will make it flower and bear fruit with clear achievement," Moon said.