Hours earlier, North Korean media reported that Kim saw no reason to continue his self-declared moratorium on nuclear and intercontinental ballistic missile tests, and warned that the world will soon see a "new strategic weapon."

His remarks came as North Korea has expressed frustration over stalled denuclearization talks with the U.S. and threatened to take a "new way" unless Washington offers concessions.

"We'll see. I have a very good relationship with Kim Jong-un," Trump told reporters at his Mar-a-Lago resort in Florida as he arrived for a New Year's Eve party.

"I know he's sending out certain messages about Christmas presents, and I hope his Christmas present is a beautiful vase," the president continued, reprising his earlier joke in response to North Korea's threat to send an unwanted Christmas gift. "That's what I'd like, a vase, as opposed to something else."

Trump said the two like each other and get along, and that they are each representing their own country. 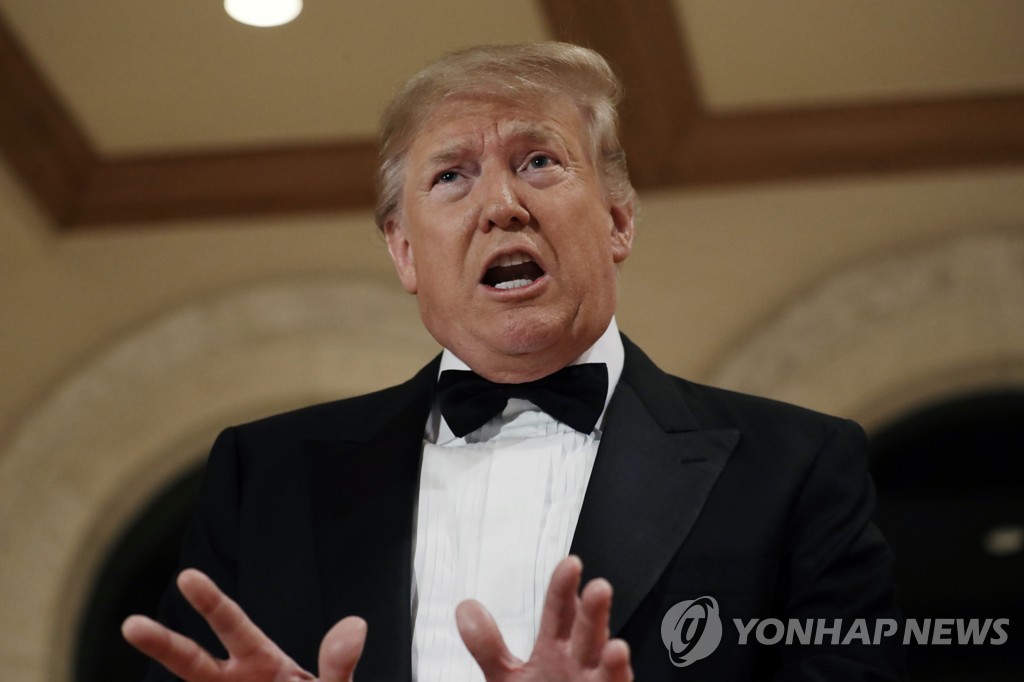 (LEAD) Trump says N.K. leader is 'man of his word' on denuclearization

(LEAD) Trump says N.K. leader is 'man of his word' on denuclearization