SEOUL, Jan. 1 (Yonhap) -- North Korea's ruling party has carried out a major reshuffle of key positions during a recent plenary session, state media said Wednesday, as leader Kim Jong-un called for stepped-up self-reliance against what he said would be a protracted struggle against U.S.-led sanctions.

During the four-day plenary meeting of the Workers' Party Central Committee that wrapped up Tuesday, North Korea discussed an "organizational matter," including a reshuffle of members at its powerful politburo, according to the Korean Central News Agency (KCNA).

The report also said that 10 officials have been newly appointed as department directors of the central committee that has a total of about 15 departments. The report did not disclose information on who has been dismissed. 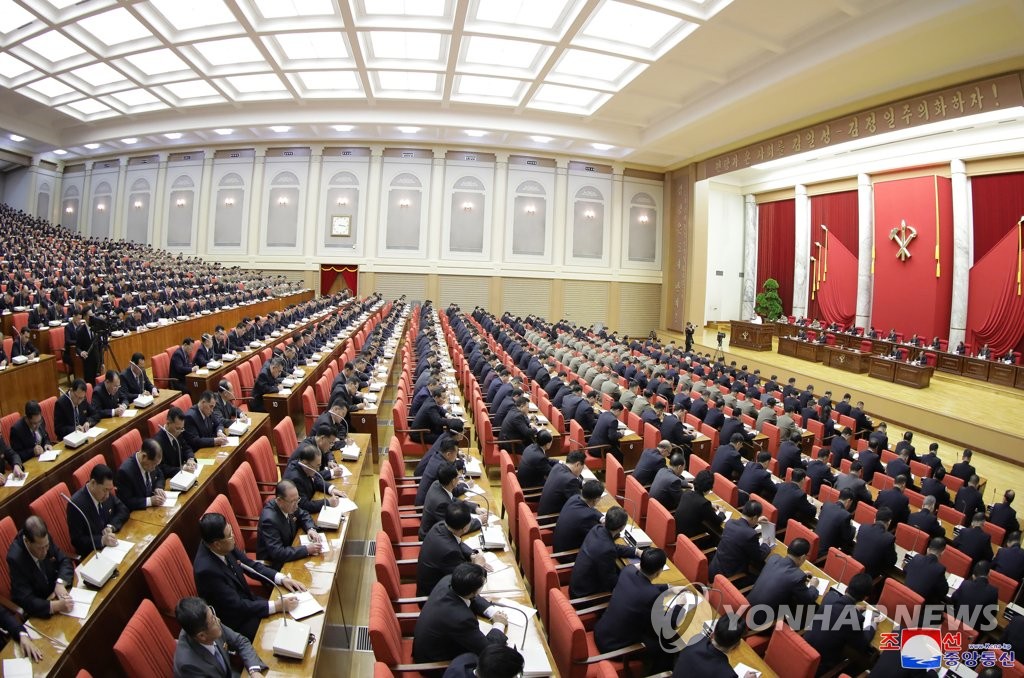 Ri Pyong-chol, who played a major role in the North's recent series of weapons tests, was elected as a member of the political bureau and a vice chairman of the central committee.

Vice Minister of the People's Armed Forces Kim Jong-gwan was elected as an alternate member of the politburo in a possible sign that he could have replaced current Defense Minister No Kwang-chol.

North Korea's Ambassador to Russia Kim Hyong-jun was elected as the vice chairman of the central committee amid Pyongyang's push to strengthen its ties with Moscow in the face of deadlocked negotiations with the U.S.

Meanwhile, former North Korean Premier Pak Pong-ju, considered No. 3 in the country, appeared at the last-day session of the party plenum on a wheelchair and took a photo right next to leader Kim, confirming his powerful status in Pyongyang's hierarchy despite his absence in earlier sessions.

Pak, 80, was not seen in previous reports of the plenary meeting, spurring speculation about what happened to him.

The party meeting came amid heightened tensions on the Korean Peninsula ahead of the year-end deadline Pyongyang has set for Washington to come up with a new agreeable proposal in their negotiations.

During the plenum, Kim said he sees no reason to stick to his commitment to suspend nuclear and long-range missile tests, warning of a "new strategic weapon" and a "shocking actual action" to make the U.S. pay for "abusing" denuclearization talks.