The two sides exchanged their assessments of Kim's remarks made during a four-day meeting of the ruling Workers' Party Central Committee, and discussed ways of cooperation to denuclearize and bring lasting peace to the Korean Peninsula, the official said.

Lee is working on a plan to visit Washington later this month for talks with Biegun.

Earlier, the North's leader said there is no ground for him to keep his promise to suspend nuclear and long-range missile tests, and the world will "witness a new strategic weapon" to be possessed by the DPRK in the near future." 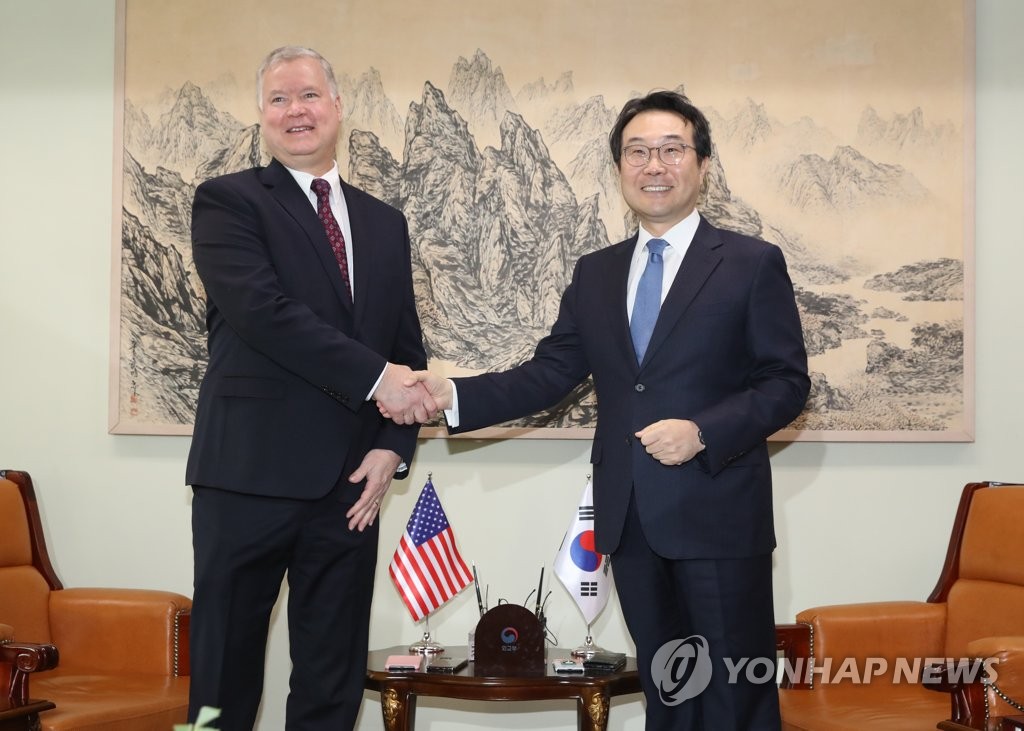