Seoul, Jan. 1 (Yonhap) -- South Korea on Wednesday confirmed the country's 56th case of the African swine fever after a wild boar found dead near the border with North Korea tested positive for the deadly virus.

The wild boar carcass was found in Paju, bringing the number of such cases to 20 in the western border town alone, according to the National Institute of Environmental Research.

South Korea has mobilized hundreds of soldiers and civilians to hunt down wild boars near the border in recent months to try to contain the spread of African swine fever.

In May, North Korea reported its first outbreak of the disease at a farm near its border with China to the World Organization for Animal Health. It remains unknown how the virus traveled into South Korea.

Separately, South Korea confirmed the 14th case of African swine fever -- the latest one -- at a local pig farm on Oct. 9.

South Korea, Asia's fourth-biggest pork consumer, has slaughtered and buried more than 153,000 pigs since Sept. 17 when the country reported the first case of the animal disease at a pig farm in Paju. 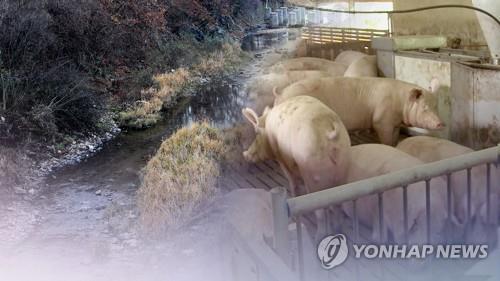