The seven-member boy band showed up on the stage in the heart of Manhattan just before midnight on Tuesday (New York time), giving an eight-minute performance of two of their best hits: "Make It Right" and "Boy with Luv." 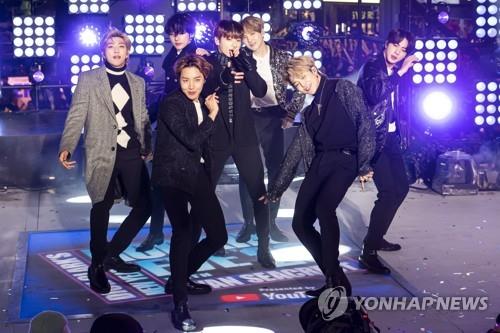 When their part ended, the group shouted to the crowd, "Happy New Year!"

A throng of people cheered and mouthed the lyrics in Korean, with some of them waving "army bombs," the official light sticks used by BTS fans.

BTS appeared in one of the New Year's Eve shows in Hollywood in 2017, which was pre-recorded. It was their first time performing in Times Square and made them the second Korean artists to do so after Psy, best known for the first YouTube video to reach 1 billion views for his single "Gangnam Style," who was invited to the festivities in 2012. 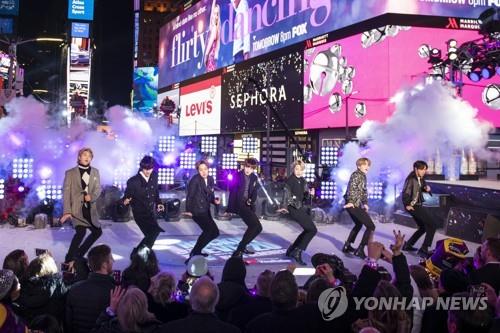