Samsung and LG will exhibit their future TV products at the annual four-day Consumer Electronics Show (CES) that kicks off on Tuesday in Las Vegas, Nevada, where more than 4,500 firms from around the globe will showcase their latest achievements in the high-end technology industry.

While they will be busy explaining the upgraded picture quality of their TVs, Samsung and LG will first try to catch people's eyes with TVs with new shapes, sizes and forms at this year's CES. 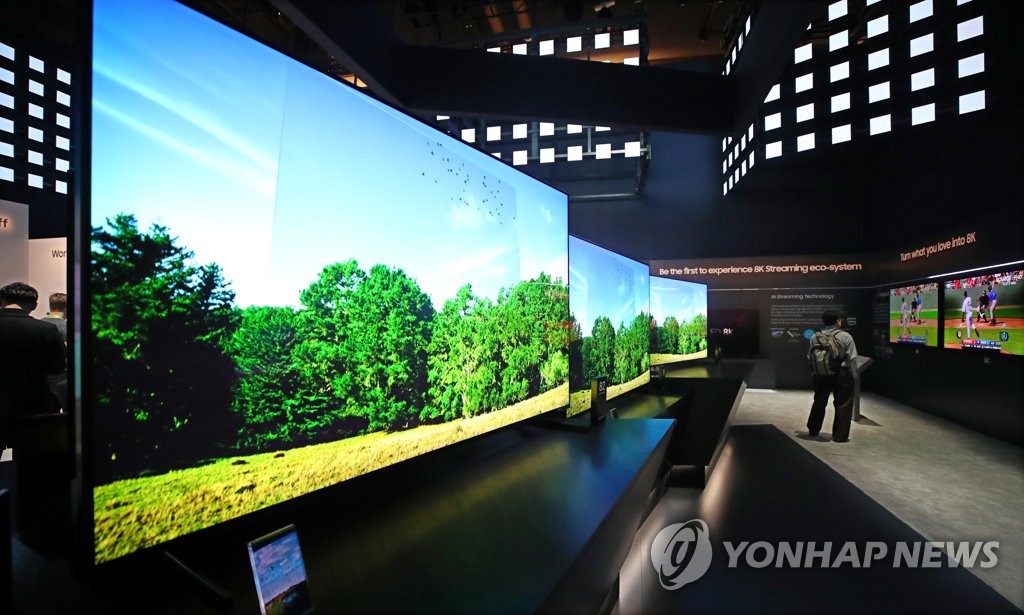 Samsung, currently the world's No. 1 TV manufacturer, is expected to unveil a bezel-less TV at CES 2020.

Although the company has yet to confirm the details, the company reportedly applied a design that physically welds the display and the TV's main body together to eliminate the outer bezel. Its frameless screen is expected to offer a better viewing experience to consumers compared to TVs of the same screen size.

Expectations for Samsung's bezel-less TV have been looming since the company trademarked the term "Zero Bezel" in Europe in October.

Samsung debuted a 146-inch modular TV with a Micro LED display, "The Wall," in 2018, but has been working to release a slimmer variant to target consumers who want to put the Micro LED TV in their living rooms. 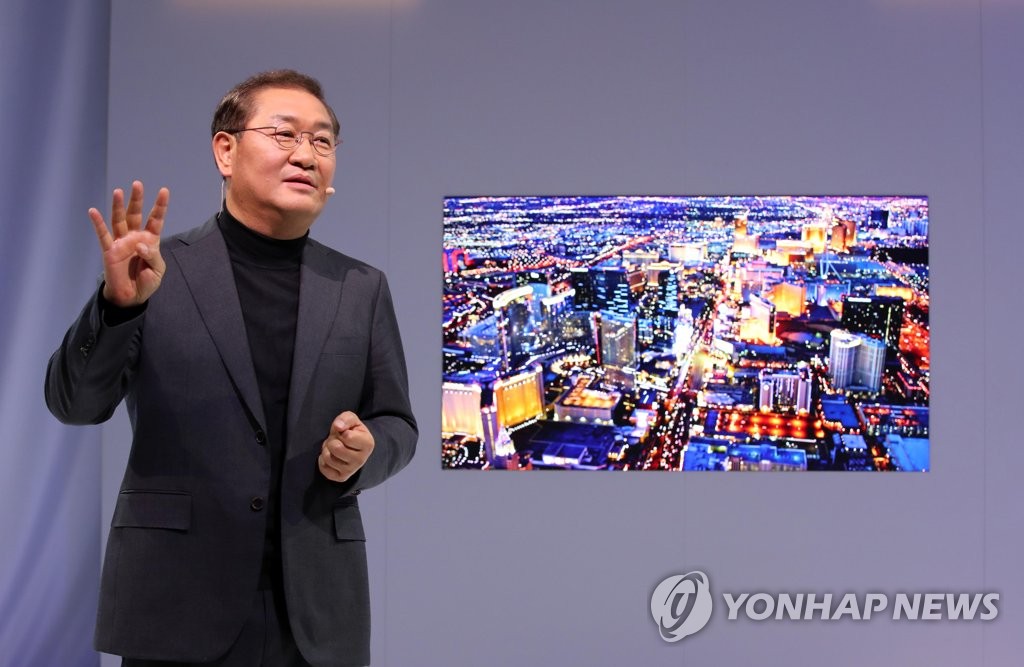 LG, meanwhile, is expected to unveil a different model of its rollable TV at CES, which created a huge buzz in the industry last year.

At CES 2019, the company introduced a TV with a 65-inch screen that rises from a box and can be also rolled up inside.

At this year's CES, LG may showcase a rollable TV with a screen that rolls down from the ceiling, which could save more living room space, according to the sources.

The company is also expected to introduce its first 48-inch OLED TV in Las Vegas.

LG, which began the world's first mass production of OLED TVs in 2013, currently sells OLED TVs in four sizes -- 55, 65, 77 and 88-inch versions. The company believes the expansion of its OLED TV lineup with smaller screens will attract more consumers in the market. 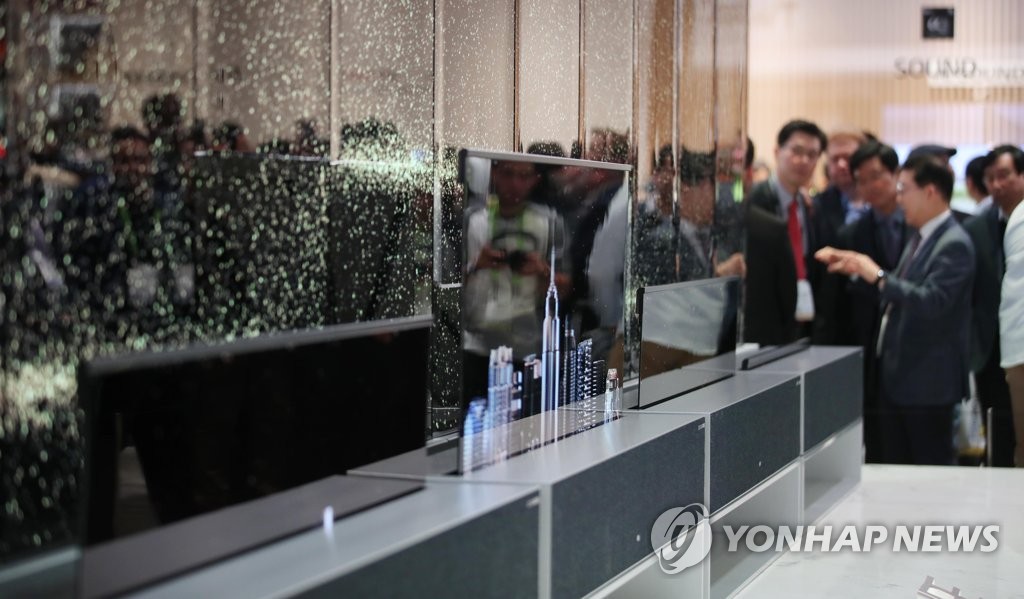 Samsung and LG will also boost promotion for their 8K TV products at CES 2020 after they earned 8K Ultra HD certification from the U.S. Consumer Technology Association (CTA).

LG was the first to announce that its 2020 models of 8K OLED and LCD TVs will wear the CTA's 8K UHD logo, while Samsung followed later that its 2020 QLED TVs also earned the certification.

The CTA's 8K definition is based on ICDM standards, which states that a TV's resolution must have a 50 percent minimum contrast modulation (CM) level along with at least 33 million active pixels. 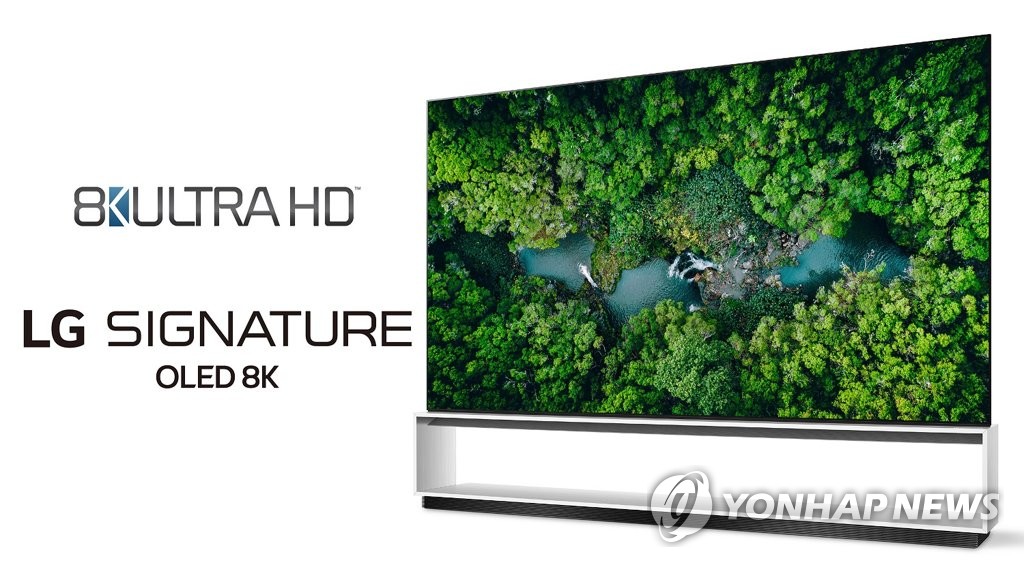