Earlier on New Year's Day, North Korean leader Kim Jong-un said he saw no reason to continue his self-declared moratorium on nuclear and intercontinental ballistic missile tests, and threatened to show a "new strategic weapon" in the near future.

Kim's remarks came as Pyongyang has grown increasingly frustrated with the impasse in denuclearization talks with Washington, which have so far failed to produce the sanctions relief and security guarantees sought by the regime. 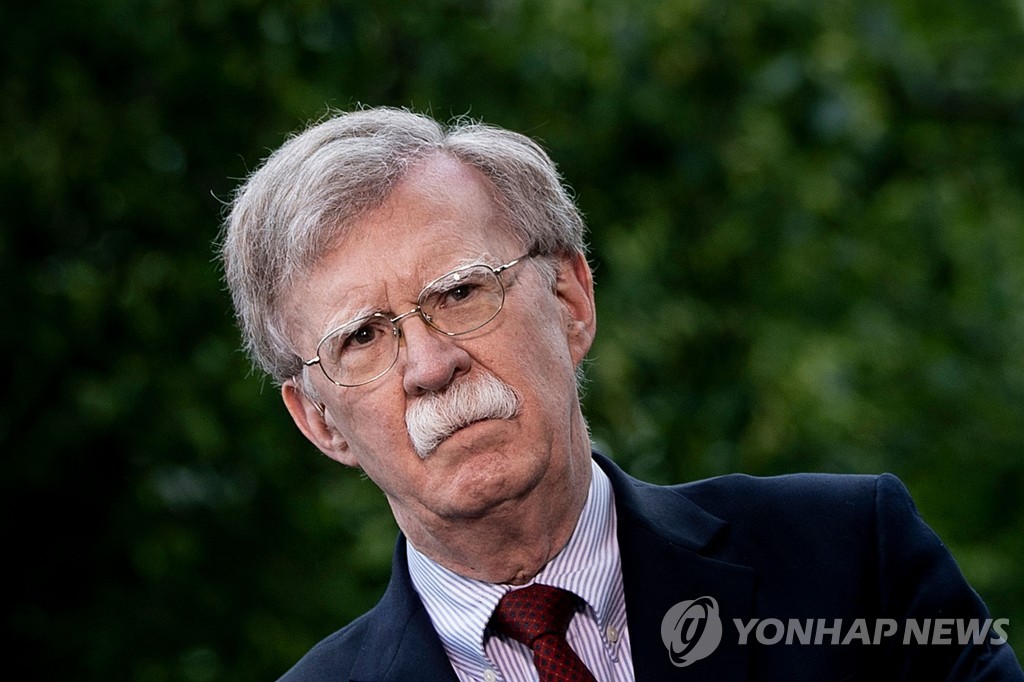 Bolton, who left the Donald Trump administration in September following multiple policy clashes with the U.S. president, criticized Trump's 2018 decision to suspend some major military exercises between South Korea and the U.S.

"How to respond to Kim Jong Un's threatening New Year's remarks? The U.S. should fully resume all canceled or down-sized military exercises in South Korea," he tweeted. "Hold Congressional hearings on whether US troops are truly ready to 'fight tonight.'"

Trump's decision to scale back the exercises was meant to facilitate negotiations with North Korea on dismantling its nuclear weapons program because Pyongyang denounces the drills as rehearsals for an invasion of the regime.

Bolton was questioning whether the 28,500 American troops stationed in South Korea to deter North Korean aggression have maintained the same level of readiness since the exercises were reduced in scope.

Bolton has turned into a vocal critic of Trump's diplomatic engagement with the North Korean regime.

In an interview with NPR in December, he reiterated his view that he does not think North Korea will ever give up its nuclear weapons voluntarily.