The move came more than two months after Cho Kuk stepped down from the post amid prosecutors' probe into a scandal involving family investment and university admissions for his children. Cho was later indicted on multiple charges, including bribery. 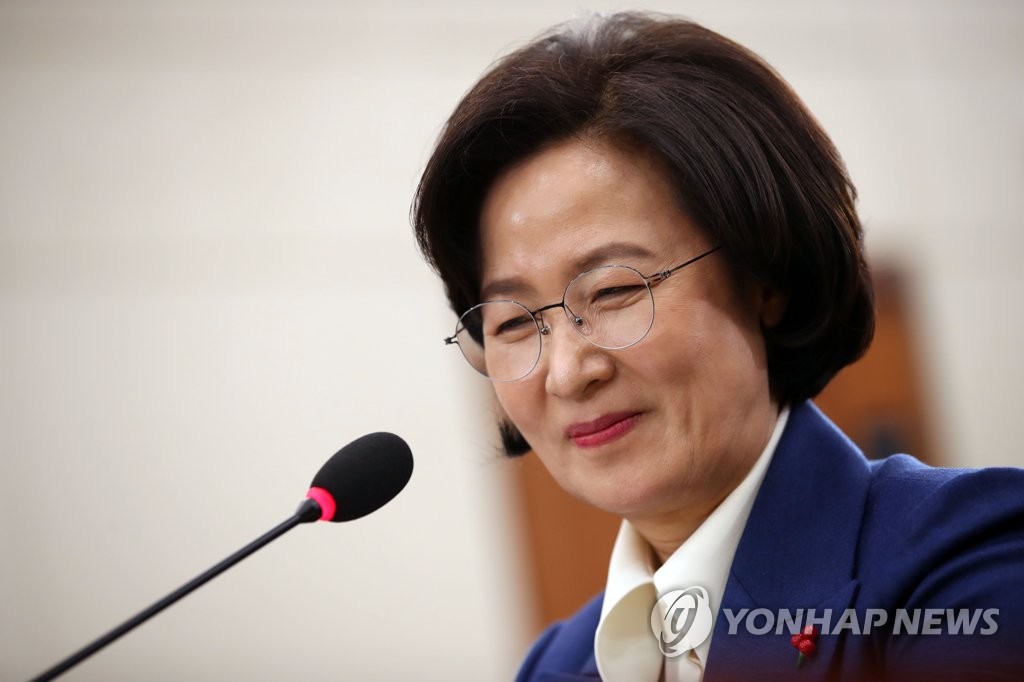 Choo's tenure has already begun, Cheong Wa Dae said, with Moon expected to give her a letter of appointment in a formal ceremony later Thursday.

The installation of Choo, known for her determination to get things done, is expected to add momentum to the liberal Moon administration's prosecution reform drive.

The conservative LKP claimed that it would be used to conceal corruption, especially by Cheong Wa Dae officials.

It has also voiced concern about the pick of Choo, a political heavyweight, as justice minister less than half a year ahead of the April 15 general elections.