SEOUL, Jan. 2 (Yonhap) -- President Moon Jae-in started his official schedule of the new year with a visit to the National Cemetery in Seoul on Thursday, leaving a message suggesting a strong political and social reform drive.

Upon arriving at the cemetery along with top Cheong Wa Dae aides and Cabinet members in the morning, he burned incense and paid a silent tribute to patriotic martyrs and war dead.

In the cemetery guestbook, the president wrote, "(I) will begin the first start of a new century with 'clear change.'"

Last year marked the centennial of the March First Independence Movement and the establishment of the Korean government in exile under Japan's colonial rule.

Moon's message apparently reflected his push for substantive accomplishments in 2020 from reform measures.

Choo Mi-ae, the new justice minister, was among Moon's entourage. 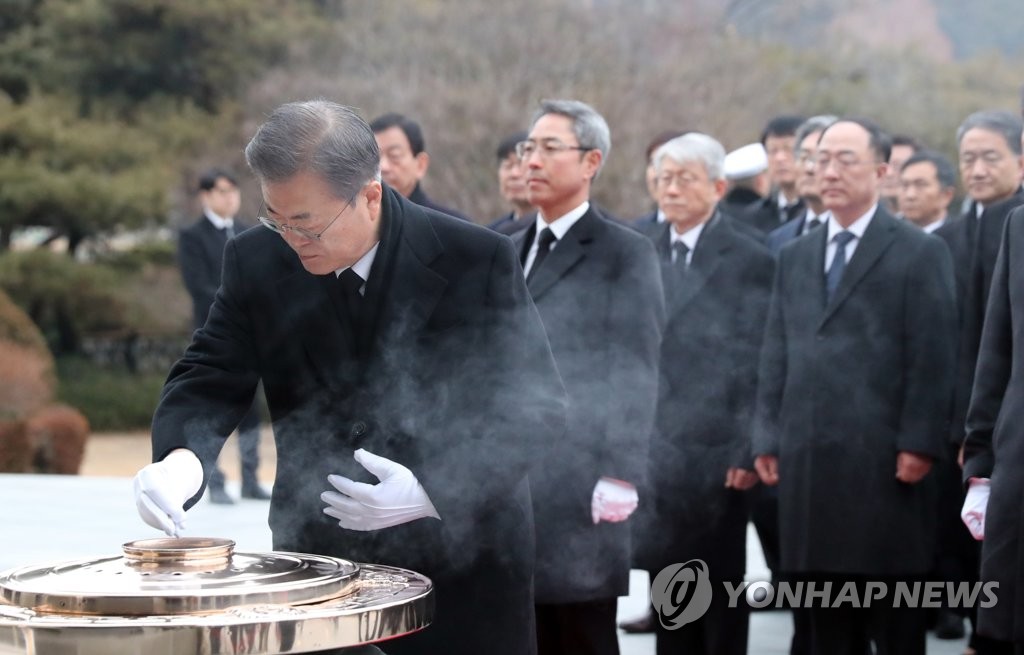