SEJONG, Jan. 2 (Yonhap) -- Purchases made using the internet and mobile devices in South Korea hit an all-time high in November last year, data showed Thursday, thanks to the popularity of fast delivery and convenient payment options with local shoppers.

The total value of transactions made with computers, smartphones and tablets reached 12.7 trillion won (US$11 billion) in November last year, up 20.2 percent from a year earlier, according to the data from Statistics Korea.

It was the first time that the monthly value of online shopping purchases exceeded 12 trillion won, the agency said.

The sharp rise was attributed to increased demand for food, clothes and daily necessities, the agency said.

The total value of mobile transactions gained 28.1 percent on-year to 8.4 trillion won in November last year, accounting for 65.9 percent of all online purchases for the month. 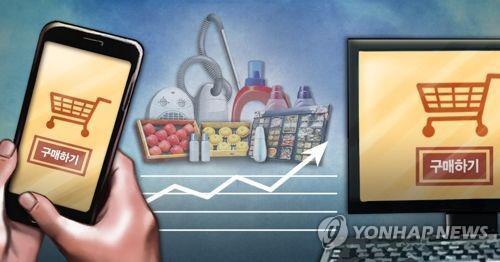