SEOUL, Jan. 2 (Yonhap) -- South Korean banking giants will be on the lookout for more mergers and acquisitions this year to strengthen their business portfolios, their executives said Thursday.

"We will pursue M&As in a bold and swift manner when the opportunity comes," Yoon Jong-kyoo, chairman and CEO of KB Financial Group Inc., said in a New Year's message.

The three did not give any further details on potential targets.

The South Korean banking giants have been racing to expand their business portfolios and secure new growth momentum amid declining margins due to record low interest rates and tough competition in the nearly saturated domestic market. 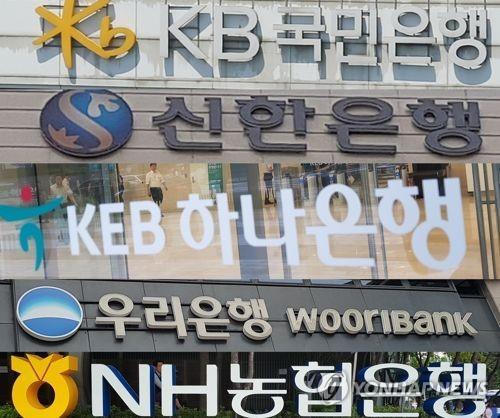 In 2018, KB invested 114 billion won to gain a 22 percent stake in Indonesia's Bank Bukopin in a move to enter the Southeast Asian microfinance markets.
KB Financial Group saw its net profit fall 1.4 percent on-year to 940.3 billion won (US$813.5 million) in the third quarter.