SEOUL, Jan. 2 (Yonhap) -- President Moon Jae-in made a commitment Thursday to complete prosecution reform and other measures aimed at promoting social justice this year, addressing a meeting with business leaders and representatives from various fields.

He vowed "clear change" for South Korea on the basis of what he says is a number of achievements made during his presidency that began in May 2017.

"'The reform of powerful institutions' and 'fair society reform' are the beginning (of the process)," he said during the New Year's event held at the Korea Chamber of Commerce and Industry (KCCI) headquarters in Seoul. 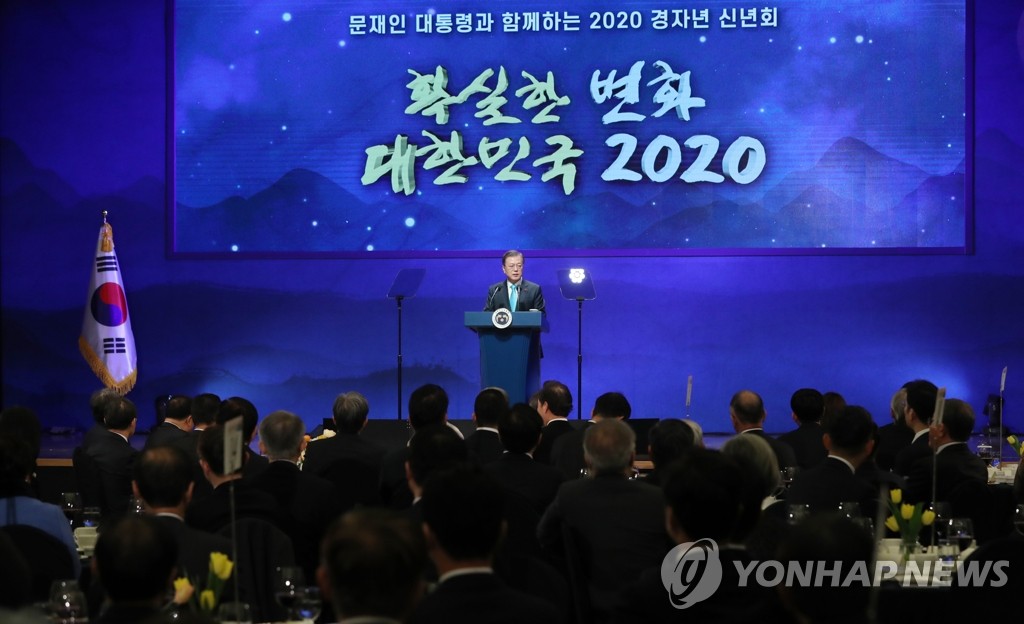 In particular, reforming the prosecution service, said to have excessive power and authority, is one of the hottest topics.

"No powerful institution can exist above the people," Moon stressed.

Only when everyone is actually equal and fair by law, "social trust" can be formed, which will serve as the basis for "co-prosperity and national unity," he said. 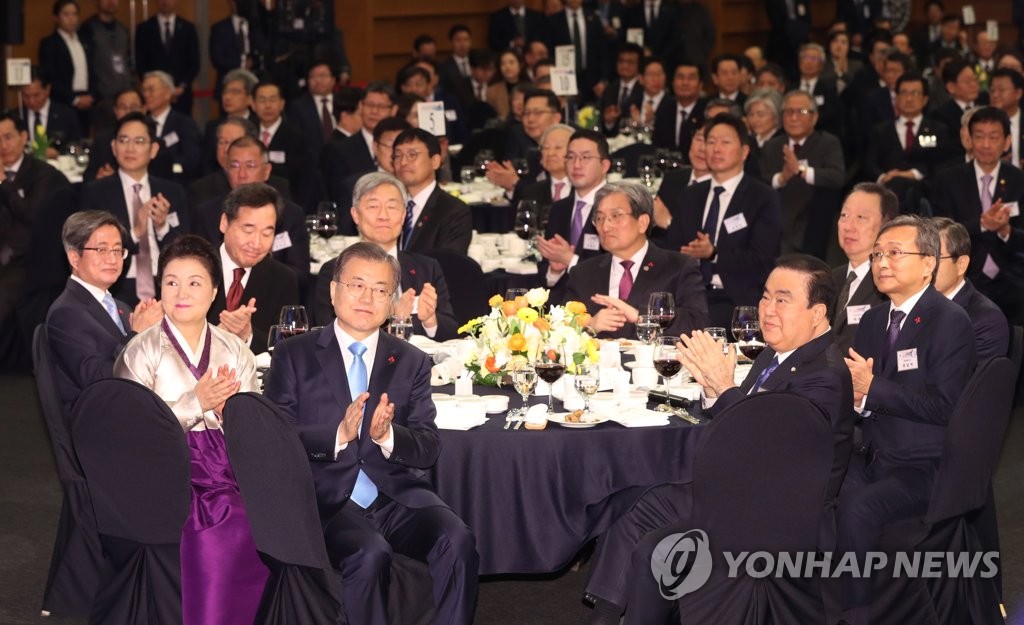 "I won't stop legal and systemic reform until powerful institutions gain the trust of the people," he added.

He urged them to take the initiative for self-reform on their own, stating, "As the president elected by the people, I will exert all of my authority in accordance with the Constitution."

Apparently mindful of criticism and skepticism over his reform drive, Moon said, "It's very hard to change the big frame of state affairs, but it is a way (we) must go."

He assured the people of an unrelenting push to enhance fairness in the country, calling it a driving force behind innovation and growth. 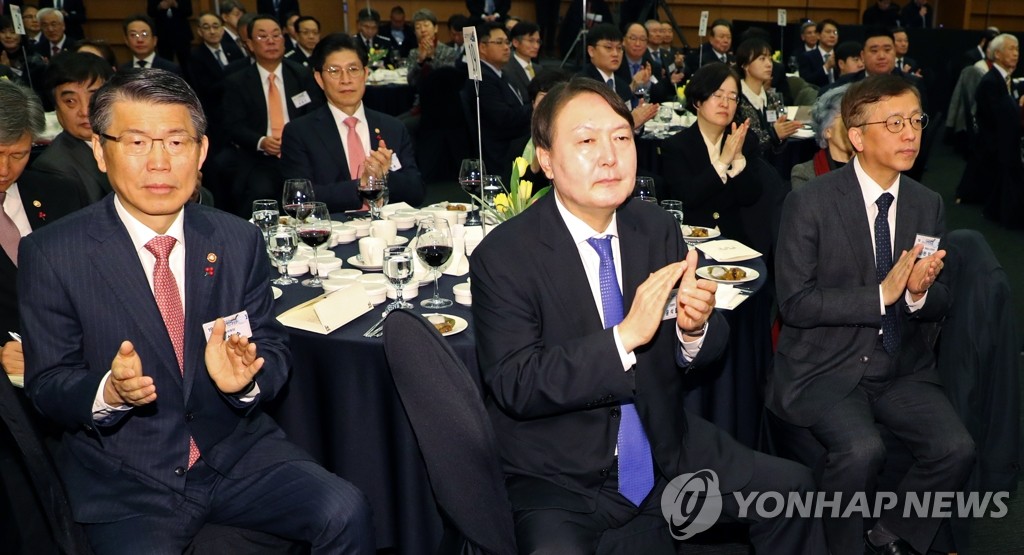 "We still have a long way to go for 'fair society reform'" to meet the standards of the people, but the government will attain it at any cost, he said. "(The government) will make fairness take root in our society" by addressing partiality in all walks of life, including education, employment, taxation, military service and the workplace.

On the Korean Peninsula issue, Moon pledged efforts to "widen room to maneuver" in inter-Korean relations and to ensure the advent of a "peace community" for win-win prosperity.

The leaders of North Korea and the United States maintain their will for dialogue, and South Korea moved toward peace step by step last year in coordination with the international community, he said.

Moon reaffirmed his resolve to support innovative economic growth in 2020 by nurturing new industries and improving a regulation system.

Cheong Wa Dae said the choice of the office of the KCCI, a major local business lobby group, as the venue for the New Year's session reflects Moon's determination to foster economic growth.